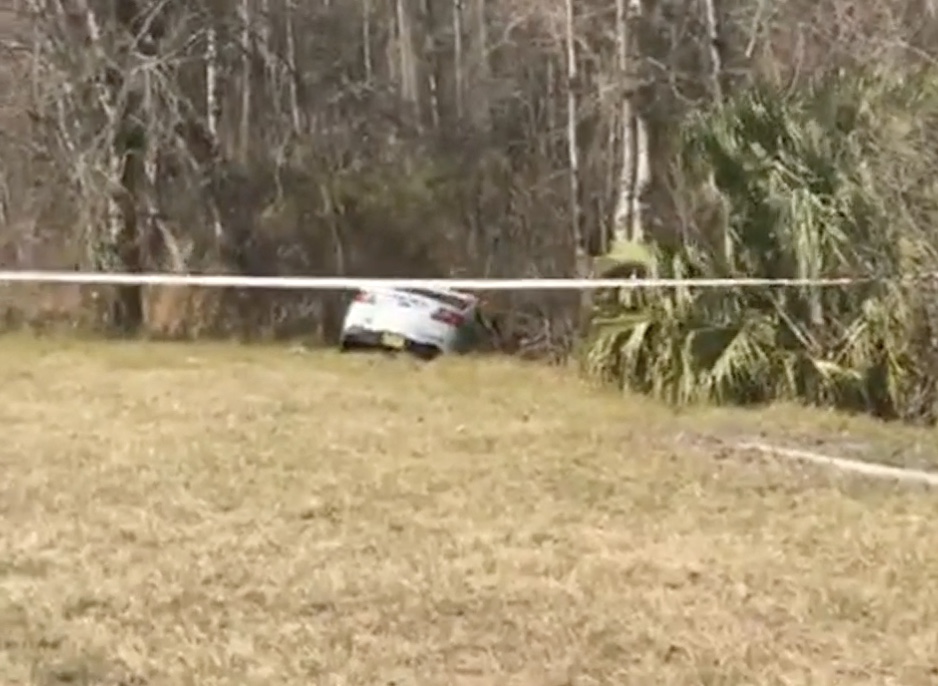 A naked man stole a Florida deputy’s vehicle and later crashed it into some woods, First Coast News reports.

The Jacksonville Sheriff’s Office said it received multiple calls about a naked man on the Interstate 10 roadway shortly before noon on Thursday, First Coast said.

The first officer on the scene said he saw Joshua Shenker, 23, lying on the roadway when he arrived and stopped on the opposite side and backed toward him to help, according to the incident report.

Suddenly, the officer said, he saw Shenker running toward him accross all lanes of traffic.

First Coast said the details of how Shenker stole the police cruiser is redacted from the report, but other sheriff’s deputies responded to reports of a City of Jacksonville Ford Taurus crashed in nearby woods and a call from an officer asking for help.

Shenker has been charged with aggravated battery on a law enforcement officer, motor vehicle theft, leaving the scene of a crash, resisting officer without violence, and depriving an officer of means of protection or communication. His bond on all the charges totals $103,515, and he’s due in court again on February 11, according to jail records.

According to First Coast, the crash did $10,000 damage to the cruiser. Shenker suffered minor injuries and was initially taken to a nearby hospital before being booked into jail.