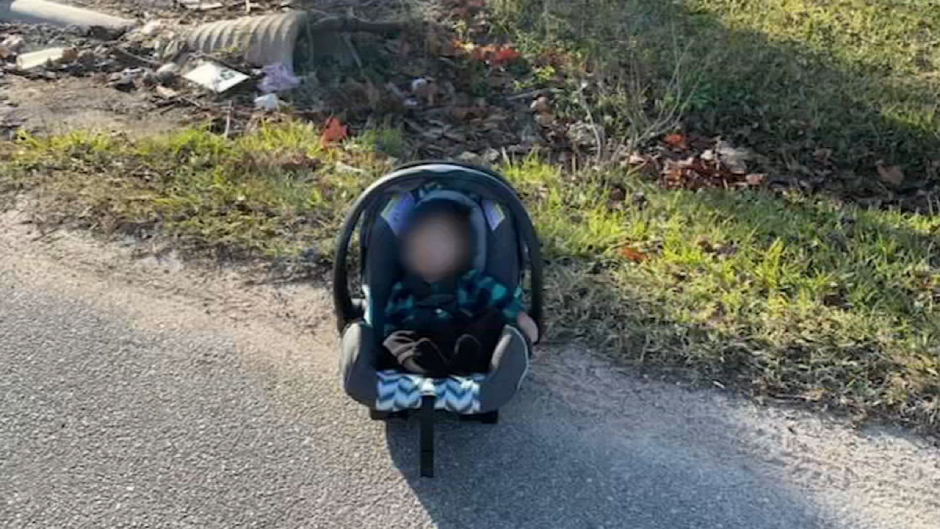 Amazon driver finds baby abandoned on side of road by carjacker: Reports

Police in Texas are investigating after a car was stolen last Monday, resulting in one of its occupants — a baby — being abandoned on the side of a road.

Police were responding to a stolen car and kidnapping call in Houston around the same time a home surveillance camera filmed an unknown male leaving a baby in a carrier on the side of the road. The carjacking occurred less than a mile from where the baby was abandoned, according to KTRK.

Amazon driver Juan Carlos Flores reportedly alerted neighbors after finding the baby. Flores continued to complete deliveries in the vicinity when he saw police searching for the infant. He then informed officers that a neighbor was caring for the baby, the news outlet reported.

The Houston Chronicle reported that the carjacking victim left her engine running as she ensured the front door of her home was locked. Police said it was then when an unidentified person got in the driver’s seat of her car and took off.

The carjacking victim reportedly told authorities that her iPhone was in her stolen car, and she was hoping to track the device to find her baby and vehicle together.

A homeowner gave the surveillance footage showing the infant being abandoned to police. Authorities believe the person who left the baby was involved in Monday’s carjacking, according to KTRK.

Reports indicated that police eventually reunited the baby and mother. Both were unharmed. No arrests have been made.