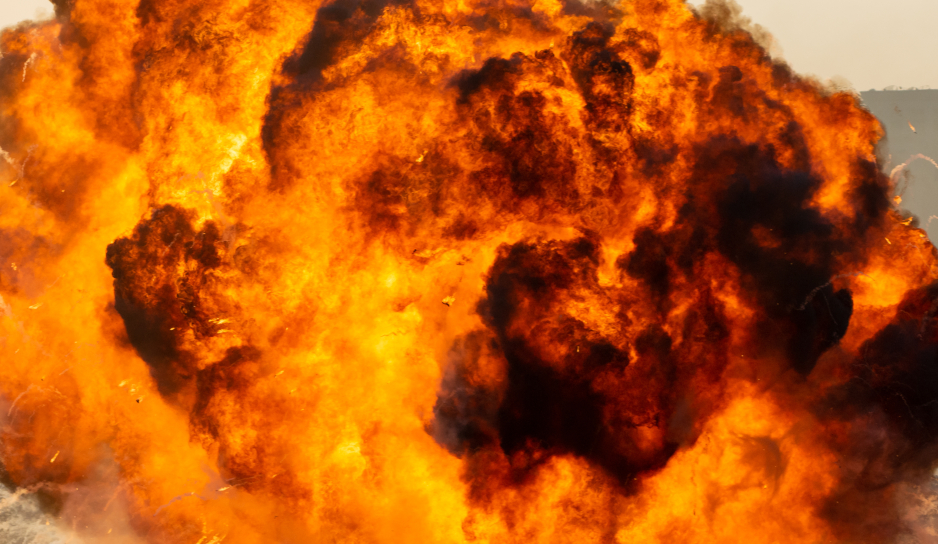 A 26-year-old Ohio man died in a fiery crash Monday afternoon after allegedly killing his father, driving off in his truck, and randomly shooting at people until police found him and began a pursuit, the Columbus Dispatch reports.

The Hancock County Sheriff’s Office was already looking for Jordan Garrett Suydam as a suspect in the early morning slaying of Arthur Suydam III, 53, in McComb and had issued a bulletin for him and the father’s Dodge Ram pickup truck.

Shortly before noon and more than 100 miles away, Columbus police received a report of shots fired from a pickup truck at a grocery store parking lot. The woman reported that a man had gotten out of the truck and fired three rounds as she and another man drove by.

Thirty minutes later, a woman walking her dog reported that a man in a pickup truck fired two rounds at her. Less than five minutes later, the suspect fired at two men working on the road nearby. Columbus police issued a lookout bulletin for the maroon 2007 Dodge Ram after the third call.

Some 10 minutes after that, A Franklin Township officer spotted the truck and gave chase, joined by Franklin County deputies and Columbus police. The truck, at times doing 100 mph, sped through red lights and briefly pulled away from pursuing officers, but just before 12:30, the truck drove through some brush and across a creek, then rolled over and burst into flames in a parking lot.

The gunman was inside the truck with “multiple firearms visible,” deputies said, and they tried to approach and help him get out. Franklin County Sheriff’s Deputy Chief Jim Gilbert said he refused to put down a long-barreled shotgun, however, and when the fire reached the cab, 30 to 50 rounds of ammunition exploded. Jordan Suydam, identified by dental records, died in the vehicle, Gilbert said.

“It could’ve been a lot worse,” said Franklin County Sheriff’s Deputy Chief Jim Gilbert. “He was intent on causing harm.”

None of the people Suydam shot at were hit, police said, and police officers did not discharge their weapons.

Deputies didn’t learn that Hancock County officials were looking for Suydam and the truck until they checked the license plate and registration after firefighters knocked down the fire, with the assistance of armored SWAT vehicles so they could get close.