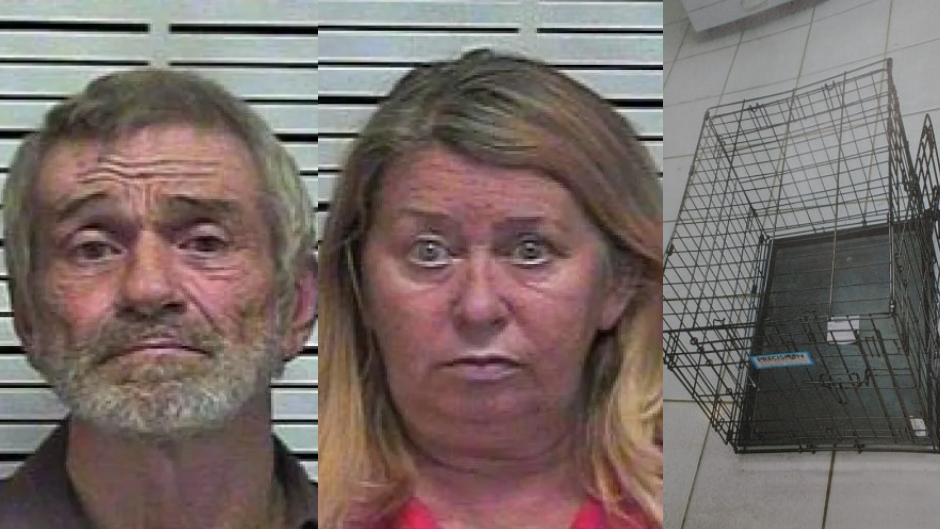 An Oklahoma couple and a friend were arrested Monday amid allegations that they kept their 5-year-old granddaughter imprisoned in a dog cage at their filthy, cluttered home.

Charles DeRonda, 63, and the victim’s legal guardian, Mary DeRonda, 59, are accused of keeping the girl in a cage for long periods of time between November 1 and December 15, 2020. The victim was 4 years old when the abuse started, and she described her grandparents’ home as “the mean house,” according to the Oklahoman.

Police got involved on December 15, after receiving a report regarding an intoxicated woman driving away from a hospital with a young child in tow. A social worker described the girl as “extremely dirty, smelly, and unkempt,” while a detective said the home was filled with garbage and rotting food, according to the news outlet.

The 5-year-old reportedly told her temporary foster parents of the dog cage she was kept in at her grandparents’ home. The Oklahoman reported that the girl also said her grandfather would not feed her or allow her to use the bathroom.

“She demonstrated the size of the cage, by assuming a fetal position, saying that when she was in the cage, she could not move and that sometimes they would put a dog in there with her,” a police report stated.

The girl also said she was put in the cage when she was “annoying” or was being punished, according to KOCO.

Officers reportedly took into evidence a wire dog crate from a storage unit which measured 28 inches long, 18 inches wide, and 19 inches tall. The Oklahoma State Bureau of Investigation is testing hairs found in the crate to verify the girl’s story, according to The Oklahoman.

Jeremy Lee Cook, 46, was accused of frequently visiting the DeRondas’ home. KFOR reported that he was Charles DeRonda’s friend.

KOCO reported that he was arrested Monday for child abuse by injury. He is also charged with assault and battery with a dangerous weapon and burglary in an unrelated 2019 case.

DeRondas are reportedly divorced but were living together. They are charged with child neglect.

KFOR reported that the victim is in protective custody.