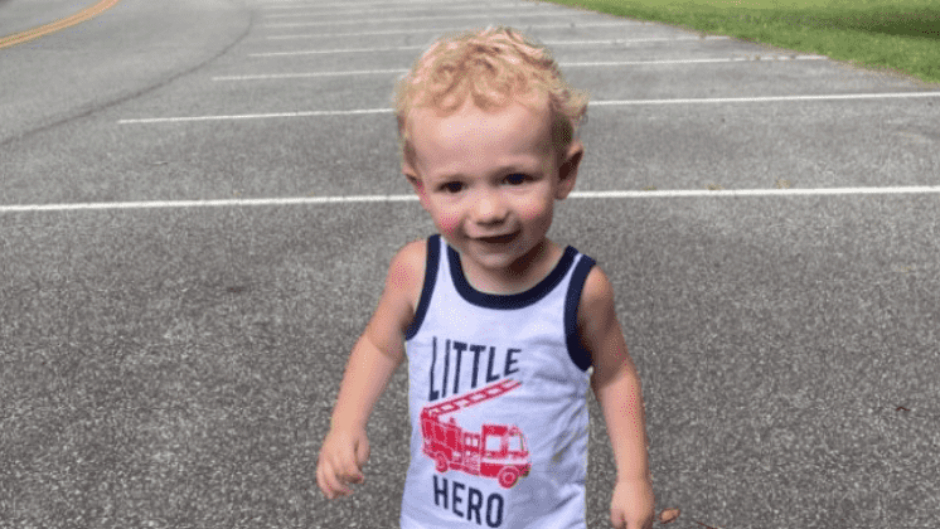 The boy reportedly got the battery from a key finder remote

The Daily Mail reported that on December 16, Johnathan Huff’s ate a button battery that he possibly got from a key finder remote located on a countertop. The toddler’s intestines and aorta were also burned; the battery was found in his intestines during a postmortem examination.

Huff’s mother, who is a paramedic, told The Daily Mail that her son possibly ate the battery as they got ready one morning. The same day, day care staff reportedly noticed Huff had a nosebleed during an afternoon nap before he started throwing up blood.

The Daily Mail reported that paramedics who rushed to the scene concluded that the blood from Huff’s nose went down his throat, causing the stomach irritation that preceded the vomiting.

Huff was reportedly taken to a pediatrician who agreed with the paramedics’ assessment. The following day, Huff appeared tired during the last 10 minutes of day care.

According to The Daily Mail, the toddler had a 101-degree fever that night and his parents decided to return to the pediatrician the following day. The doctor allegedly attributed his symptoms to a common viral infection called bronchiolitis.

Huff had a chest x-ray, but his mother said she believes the battery did not show up on the scan because it was further down his intestines by that point.

While Huff’s fever subsided the next day, by December 20, his fever had returned and he started coughing up blood again. His mother claimed she looked down his nostrils and throat with a flashlight and did not see any blood. She also noted that the toddler was smiling and otherwise seemed normal.

Huff’s father, who is also a paramedic, decided to stay home that morning. The toddler was taking a nap when the couple reportedly heard him violently coughing. Moments later, Huff vomited blood on his mother’s shirt.

As the mother looked up directions to the nearest hospital, she reportedly noticed her son appeared to be having a seizure.

The mother remembered her husband holding their son as he went limp and his lips turned blue. Her husband then noticed his pulse was fading — prompting the parents to start administering CPR.

“I pinched his nose and I blew air but when I blew the air down into his lungs it was like blowing underwater,” the mother recalled to The Daily Mail. “There was no air going in and when I took my mouth off bright red blood just gurgled out of him.”

“The nurses said that they tried to draw blood for labs but he had no blood in his body anymore, none,” she told the news outlet.

The Mail reported that an autopsy listed his cause of death as hemorrhage into the gastrointestinal tract and esophageal and aortic wall erosion.

The key finder remote located in Huff’s home reportedly had a back that simply slides off — allowing toddler easy access to the button battery that killed him.

“Putting duct tape over the back of the remote could have stopped this,” the late toddler’s mother told The Sun.

“I can’t bring back Johnathan, but if there is anything I can do to make more parents search through their homes, then that’s something.”