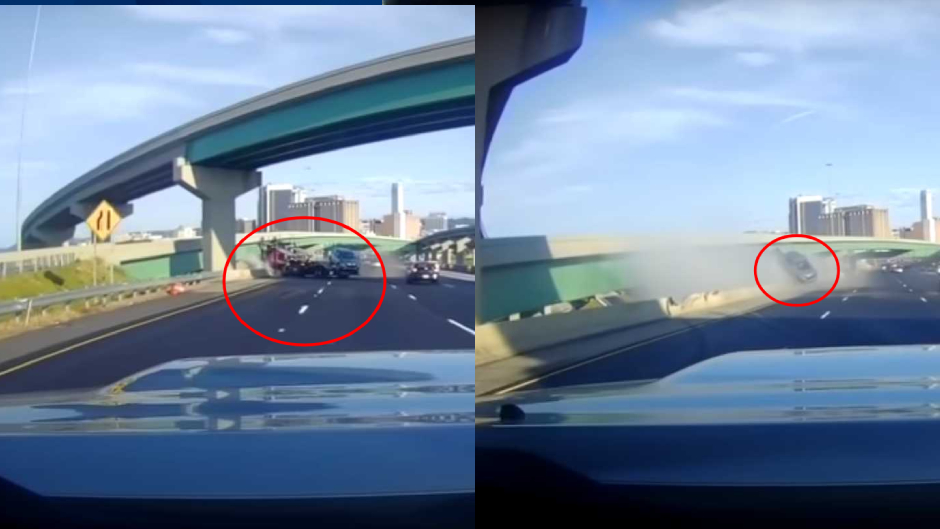 According to AL.com, commercial truck driver Charles Pearce Jr., 59, was killed in Birmingham on October 6 when a silver sedan and a white Nissan Cube collided on the Interstate 65 and Interstate 59/20 interchange. Video footage showed the silver sedan crashing into Pearce’s car hauler tractor-trailer, resulting in the large truck falling off a ramp.

Pearce’s widow has offered a $5,000 reward for information that leads to the identification of the driver who caused the crash that killed her husband. Crime Stoppers is matching her offer, according to AL.com.