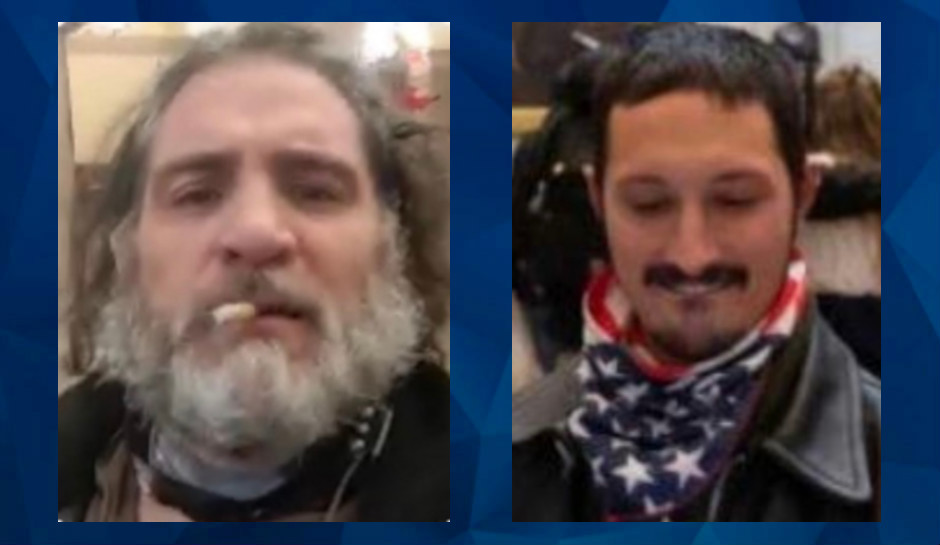 Two members of the far-right extremist group Proud Boys were indicted Friday on conspiracy charges related to the violent attack on the US Capitol on January 6, the Department of Justice announced.

In addition, Pezzola was charged with obstruction of an official proceeding; additional counts of civil disorder and aiding and abetting civil disorder; robbery of personal property of the United States; assaulting, resisting, or impeding certain officers; destruction of government property; and engaging in physical violence in a restricted buildings or grounds.

Pezzola and Pepe are the first Proud Boys to face conspiracy charges in relation to the pro-Trump insurrection.

Pezzola “showed perseverance, determination, and coordination in being at the front lines every step along the way before breaking into the Capitol,” acting US Attorney for Washington Michael Sherwin wrote in a court filing, PBS News Hour reports. Federal authorities say he was seen on video smashing a Capitol window with riot shield stolen from a police officer, allowing rioters free and easy access into the building. Sherwin wrote that his actions “cannot be overstated.”

The video also showed Pezzola having what he called a “victory smoke” of a cigar inside the Capitol, Sherwin wrote, bragging that he “knew we could take” over the building. Such remarks, the US Attorney said, proved Pezzola “invested a significant personal effort to take over the Capitol and that he did so in coordination with others.”

The indictment alleges that Pezzola and Pepe “took actions to evade and render ineffective the protective equipment deployed by Capitol Police in active riot control measures, including actions to remove temporary metal barricades erected by the Capitol Police for the purpose of controlling access to the Capitol Grounds, and the stealing and purloining of property belonging to Capitol Police,” according to the Department of Justice.

The DOJ said searches and surveillance showed that both men had Proud Boys branded tactical vests and equipment and had attended multiple Proud Boys events and protests.

Pepe was found to be an employee of New York’s Metropolitan Transit Authority who called in sick in order to attend the January 6 event.