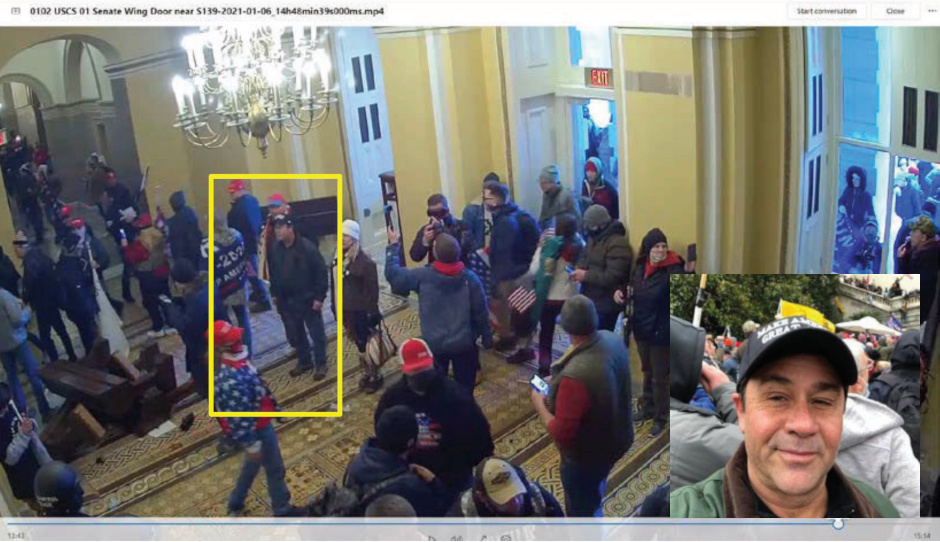 Federal authorities have arrested the rabbi of a messianic synagogue in Florida, charging him with several counts related to the violent insurrection at the US Capitol on January 6.

Michael Stepakoff was identified in surveillance footage inside the Capitol by a witness who’d known him for two decades, according to the complaint against him.

Stepakoff made an initial appearance in federal court in Florida on Friday and was released on bond. His next court appearance is February 4 in the District of Columbia.

Stepakoff posted several photographs, including a selfie, from outside the Capitol during the mob attack. At some point during the day, his wife posted, “Update on Michael y’all…please continue to prayers for his protection and to be safe. He texted me privately and said he is okay but it’s very dangerous where he is- He was inside the Capital Building…” Another witness told the FBI that Stepakoff said during a phone call he’d been inside the Capitol.

“I’m not sure to what extent his presence there makes him guilty of any crime,” Stepakoff’s attorney, Rick Terrana, told WFLA. “He just followed the crowd over to the Capitol just intending to be nothing more than a spectator and ended up going into the Capitol after it was opened up, an hour or so after this incident that we all saw on TV.”

Rioters clashed with police and forced their way into the Capitol while legislators were counting the electoral college ballots in the presidential election, apparently hoping to stop the count and have Donald Trump named the winner of the election, based on thoroughly debunked allegations of fraud. Five people, including a US Capitol police officer, were died in the melee, and it took hours to clear the building and bring the legislators back to safely complete their job. Nearly 150 police officers were injured, some seriously.

Stepakoff is the rabbi of the New Jerusalem Temple in Palm Harbor. Most Jewish and Christian groups consider messianic Jews, who believe Jesus is Jewish messiah, to be Christian, but the messianic groups consider themselves Jews.