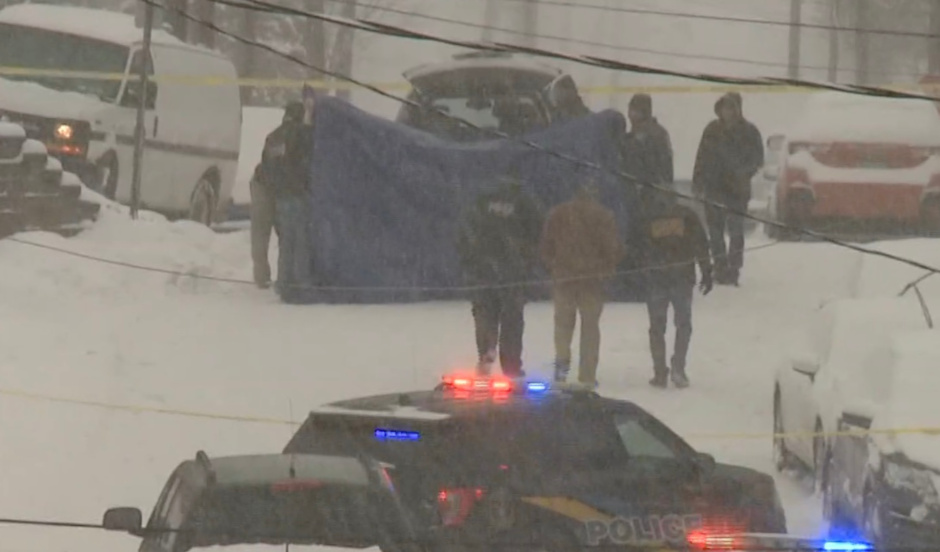 An ongoing dispute between neighbors over snow removal ended with three people dead Monday morning in northeastern Pennsylvania in an apparent murder-suicide, The Citizens Voice reports.

James Goy, 50, and his wife Lisa Goy, 48, were outside clearing snow when they were shot and killed by 47-year-old Jeffrey Spaide, who lived across the street, police said. Spaide shot himself inside his own home as police came to arrest him.

Witnesses out shoveling their own snow after a winter storm swept across the northeast told police they heard screaming and gunshots, the Wilkes-Barre Times Leader said. When police arrived, heavy snow still falling, they found Lisa Goy dead in the middle of the street and her husband dead between two parked vehicles.

Plains Township Police Sgt Michael Smith told The Citizens Voice that Spaide, who lived alone, came outside with a handgun and shot the Goys, then went back inside and brought out an AR-15 style rifle.

“He retrieved the rifle and shot them again,” Smith said.

When officers went to his house to arrest him, Smith said, “Spaide shot himself.”

“We heard the shot,” he said. “At that point, we made a tactical entry and he was found with self inflicted gunshot.”

Smith said he used a third weapon — another rifle — to shoot himself.

“Apparently there’s been an ongoing dispute between neighbors, some of which involved a dispute about snow disposal and removal,” Luzerne County First Assistant District Attorney Sam Sanguedolce told the newspaper. “They’re across the street from each other, and when they would remove snow they would throw it across the street at the other person’s property.”

Plains Township Police Chief Dale Binker told Newswatch 16 that the Goys left behind a 15-year-old son with autism, who was at home at the time of the shooting. The boy will be taken care of by his grandparents.