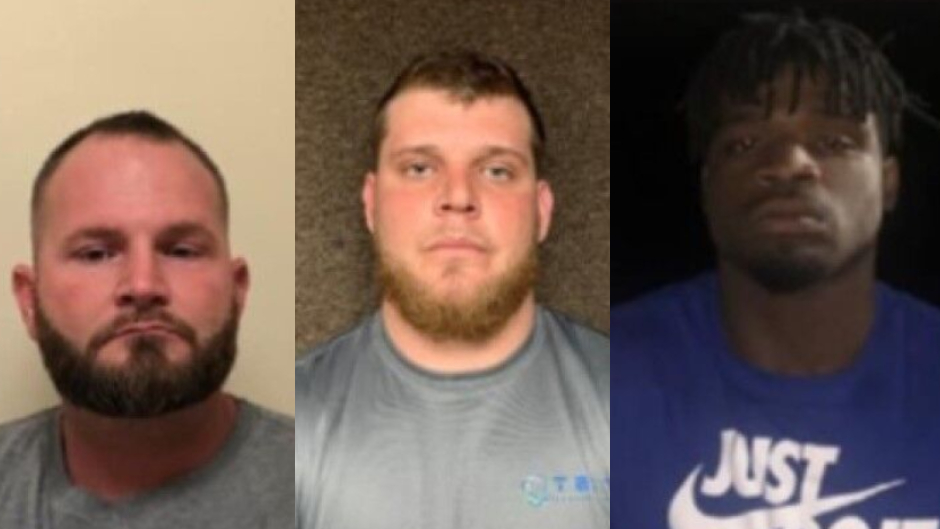 Sex offender hires hitmen to kill his victim. They kill his sister & a neighbor instead: Reports

Before his arrest, the suspect reportedly carried his slain sister’s casket at her funeral.

Earlier this month, a convicted sex offender in Louisiana allegedly hired two men to kill his niece to prevent her from testifying against him during a rape trial — sparking a series of events that resulted in the murders of the accused rapist’s sister and her neighbor.

On Friday, Terrebonne Parish police announced in a Facebook post that they arrested Beaux Cormier, 35, Andrew Eskine, 25, and Dalvin Wilson, 22, for the January 13 shooting deaths of Brittany Cormier, 34, and Hope Nettleton, 37.

Beaux Cormier was arrested in Vermilion Parish in March 2020 for the third-degree rape of his niece. Police said he hired Eskine and Wilson to kill his niece to suppress her testimony.

Brittany Cormier reportedly told her attackers that she was the niece and saved her life.

The Acadiana Advocate reported that Brittany Cormier is Beaux Cormier’s sister, and she is also related to the victim. Authorities did not disclose Brittany Cormier’s relationship to her brother’s alleged victim.

Nettleton was Brittany Cormier’s neighbor who happened to be at the residence at the time of the deadly shooting.

Police said both women were killed while fighting off Eskine and Wilson. WDSU reported that the intended target was not injured.

“The shooter [was] asking for the rape victim by name, and Brittany Cormier tells the shooter she’s the rape victim, accepting her fate to save the life of the victim,” Terrebonne Parish Sheriff Timothy Soignet said, according to WBRZ.

Investigators ultimately tracked down Eskine and Wilson and the pair allegedly identified Beaux Cormier as the man who hired them.

According to court records, Beaux Cormier also has a 2004 conviction for carnal knowledge of a juvenile. He was initially charged with the forcible rape of a 12-year-old but he pleaded no contest to the reduced charge in exchange for seven-and-a-half years in prison.

An obituary for Brittany Cormier listed her brother — her accused killer — as a pallbearer at her funeral.

According to WBRZ, District Attorney Joe Waitz Jr. said they are considering pursuing the death penalty in this case.