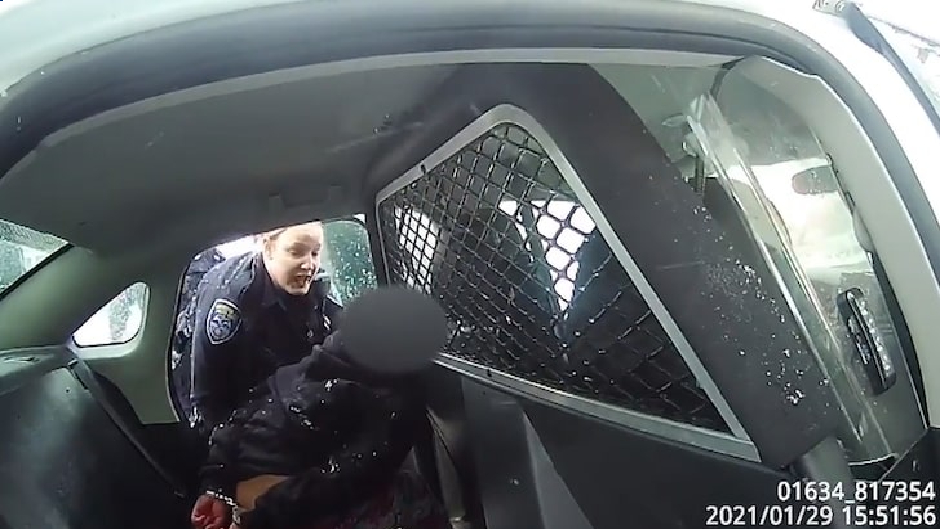 SEE IT: Cops pepper spray handcuffed 9-year-old as she cries out for dad [VIDEO]

According to the Rochester Democrat and Chronicle, the unidentified Rochester police officer sprayed the girl after she refused to put her feet in the patrol car. Nine police officers responded to the scene, and the girl’s mother reportedly claimed the girl said she wanted to kill herself and her mother.

The 9-year-old reportedly fled the home on foot before an officer apprehended her nearby. The girl grew more upset after her mother arrived and the pair started to argue.

In the second of two videos released by Rochester police, the handcuffed 9-year-old is overheard screaming that she wants her father and to get the snow off of her.

“You’re acting like a child,” a male officer is heard saying during the scuffle.

As the girl continues to scream for her father, a female officer threatens to pepper-spray her if she does not put her legs in the patrol car. Moments later, a male officer is seen spraying the girl in the eyes before closing the car doors on her as she asks officers to wipe her eyes.

According to WRIC, Rochester Mayor Lovely Warren said the police department — instead of the city’s “Person in Crisis” (PIC) team — responded to the scene because the call also involved a stolen vehicle.

The police union said officers had handcuffed the 9-year-old girl during a previous call in November. However, the news station noted the police officers never called for mental health experts during last week’s incident.

The Democrat and Chronicle reported that the girl was taken to the hospital for treatment before being released to her mother.

According to TMZ, Rochester police have announced an internal investigation, but it is unclear if any of the officers involved in Friday’s incident have been suspended.