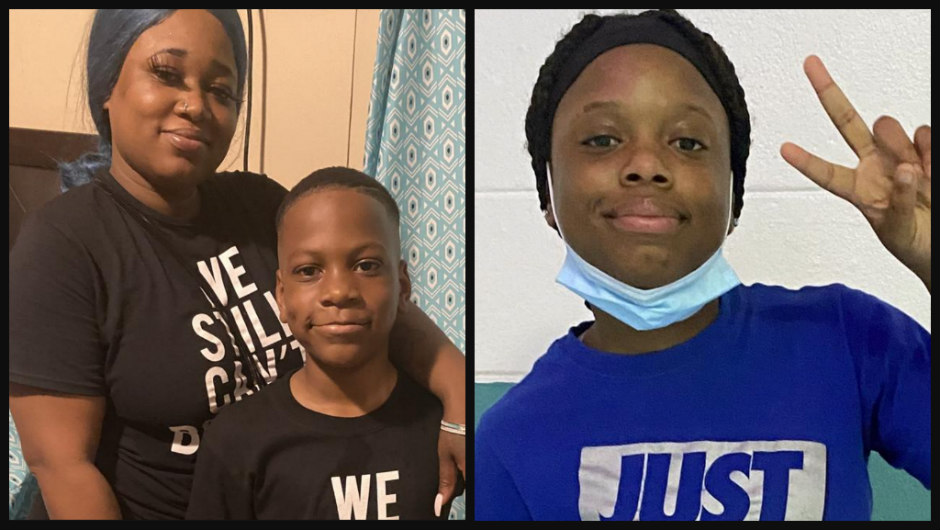 A Minnesota man was charged Tuesday with second-degree intentional murder for a shooting last month that left his ex-girlfriend and her two children dead.

The mortally-wounded boy reportedly managed to tell first-responders that a man named “Keith” was the shooter and indicated that he was his mother’s boyfriend.

The News Tribune reported that a neighbor’s surveillance camera filmed a man peering outside of the Wallaces’ home roughly 30 minutes before the three bodies were discovered. The suspect was also filmed going back into the home before exiting and running toward a Jeep.

Hours later, surveillance footage from the 2100 block of Wilson Avenue apparently showed the same man in the Jeep being met by a woman.

The same day, a trooper on Highway 61 encountered a man whose Jeep had run out of gas. The trooper reportedly told the man he had a call to respond to and that he would return. By the time the trooper came back, the Jeep was abandoned.

Law enforcement ultimately identified Jones as the man in the Jeep, and they took him into custody on January 31, the same day they executed a search warrant at the Wilson Avenue residence. A 9mm was reportedly found at the home; the gun’s chamber was empty but there was ammunition in the magazine, according to The News Tribune.

Jones initially denied shooting D’Zondria Wallace and her two children. He allegedly went on to confess to being the killer  — claiming shot them to prevent his ex-girlfriend from killing her children as she was brainwashing and corrupting them.

“H**l yeah, I saved them, they can go up there and be holy,” Jones told police, according to KTSP.

Jones reportedly also said he was “not a monster” and that he “kissed them all.”

D’Zondria Wallace’s nephew reportedly told authorities that Jones kept returning to the mother-of-two’s home after she broke up with him. In December, Jones allegedly broke into his ex-girlfriend’s home via a window and accused her of dating other men while assaulting her.

KTSP reported that the nephew also said his aunt had started dating someone else on January 10.

Reports indicated that Jones has a conviction for aggravated robbery with a deadly weapon for a 2012 incident in Fort Worth. He was released from prison in August 2019.