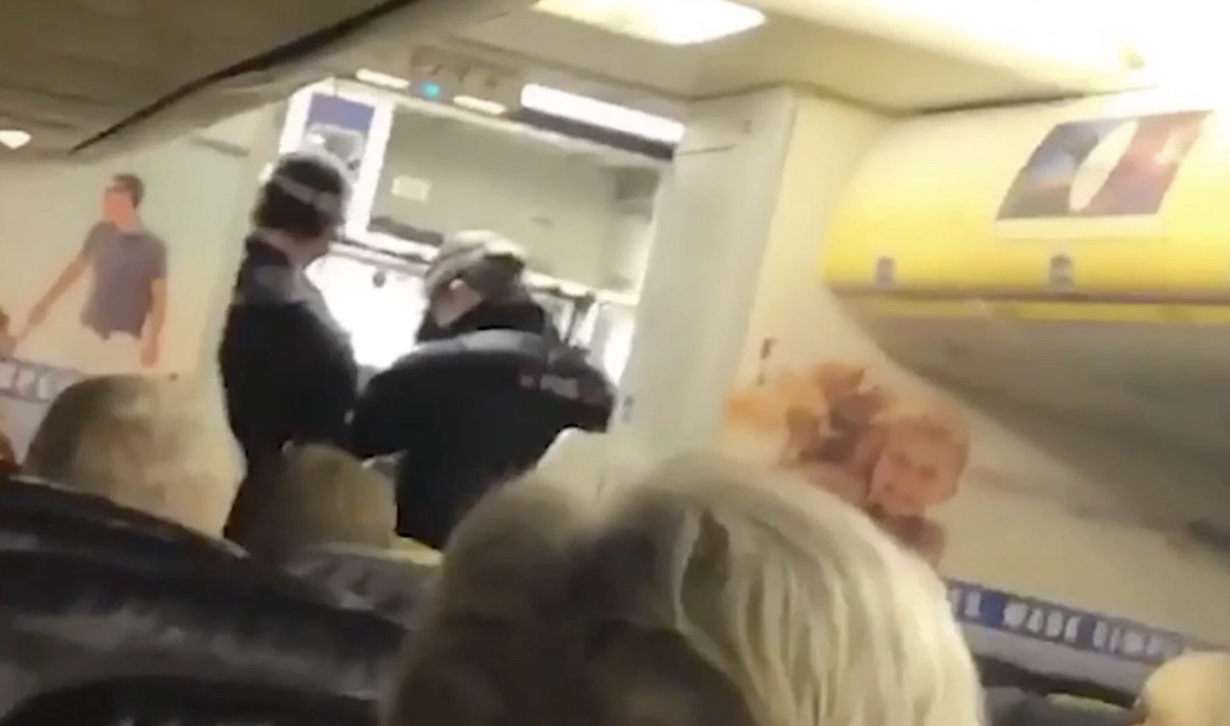 A drunk Ryanair passenger en route from Tenerife to Manchester Airport in England caused a stir on board the aircraft by refusing to wear a face mask, threatening the staff, and eventually headbutting one of the flight attendants, the Manchester Evening News reports.

The newspaper did not say when the incident took place, but details of the incident were related on January 29 in Manchester Magistrates Court.

Daniel Hendry, 24, pleaded guilty to entering an aircraft drunk, criminal damage, and assault and will be sentenced next month.

A fellow passenger told the Evening News that Hendry began his tirade about two hours into the 4 hour and 20 minute flight.

“He was screaming and shouting at everybody,” Brian Yim said. ” … I’m not sure what he was saying – it was gibberish, telling people to f*** off. Cabin crew came to calm him down. He tried to fight them.”

In court, prosecutor Janice Vallancee said Hendry began by refusing to wear a facemask as required by coronavirus regulations and was “quite clearly intoxicated.”

“On the seat next to him was an open bottle of Smirnoff Vodka that was three quarters consumed,” Vallancee said. “He was moved to the back of the plane but he continued to be drunk and confirmed he had consumed three quarters of the bottle of vodka.”

After that, she said, “He then became abusive with staff saying: ‘F*** off, I’m going to punch you, going to smash your head in.'”

Hendry then headbutted flight attendant Samuel Proietti, hitting the cabin crew member on “the right side of his face” and stroked “a female member of the cabin crew on the arm” and tried to hug her.

Vallancee said the aircraft captain tried to divert the plane to a nearby airport, but none were available because of the pandemic. Instead, he “deliberately accelerated the plane to Manchester Airport, arriving 25 minutes ahead of schedule.”

On arrival, Hendry was arrested, but he wasn’t finished with his outburst, causing “damage to the police van by banging his head against the door and windows,” the prosecutor said.

Hendry’s attorney said that he had been living in Tenerife and was coming back to England to live with his girlfriend in Liverpool.

“He falls on his sword and is remorseful,” said Rebecca Wrack. “Unfortunately he has little memory of what took place on that plane. On hearing what has happened he is deeply remorseful.”