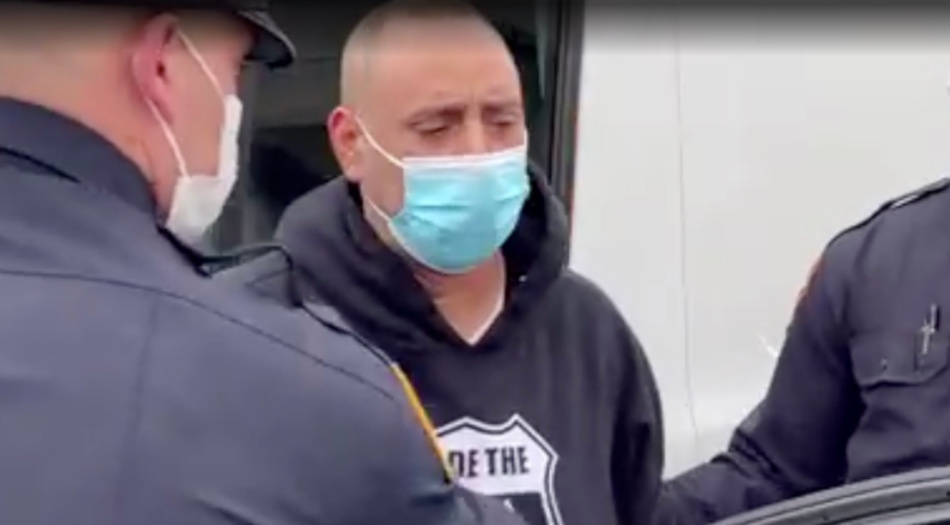 A New York man accused of luring two teenage girls into his car while pretending to be a police officer told reporters his behavior was caused by drugs and alcohol.

Donald Cristiano Jr., 46, pleaded not guilty at his arraignment Friday on charges of second-degree kidnapping, endangering the welfare of a child, first-degree criminal impersonation, and luring a child, News 12 reports.

When he arrived at the library, police said, he told the older girl to get out of the car so he could talk with the 14-year-old. When she did, he drove off to a nearby park.

“While in the vehicle, that man grabbed the 14-year-old girl’s pants and waist and made inappropriate comments,” Suffolk County Police Commissioner Geraldine Hart told CBS New York. “She was able to grab the door handle, kick the door open while fighting him off. She was able to run to a nearby home, where the homeowner called 911.”