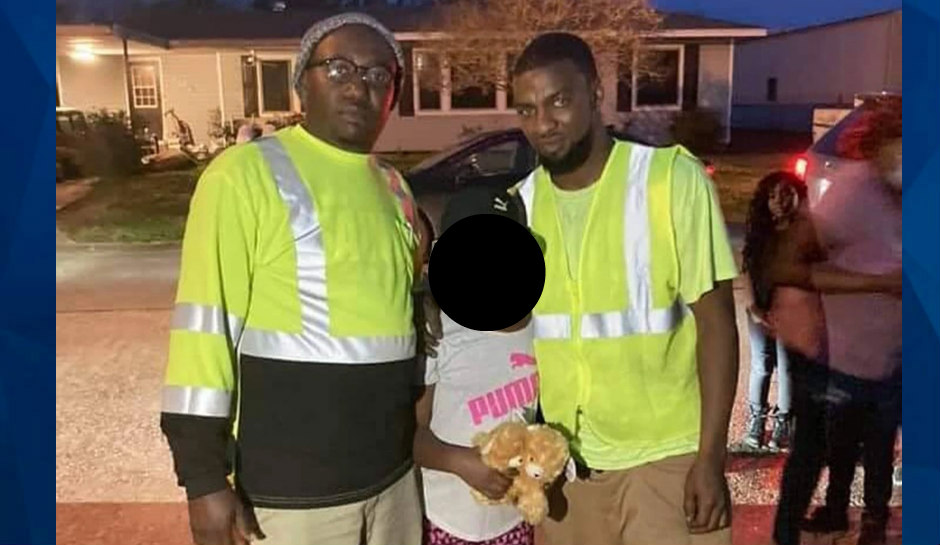 Two Louisiana hero workers helped save a young girl from a man with a long history of failing to follow state rules for convicted sex offenders.

As CrimeOnline previously reported, a 10-year-old girl who was the centerpiece of an AMBER Alert was found safe in St. Martin Parish on Monday. Sanitation worker Dion Merrick called police after he noticed a car matching the description and license plate of a vehicle listed in the AMBER Alert.

Merrick, who has a daughter himself, said he saw the sedan parked in a secluded field that was visible from the road where he was working, according to his Facebook post.

“This is a blessing,” Merrick said. “It’s got me tearing up right now….anything could have went on.”

Sereal was listed as a registered sex offender on the Iberia Parish registry after a 2006 conviction of carnal knowledge of a juvenile. According to court documents, Sereal was initially charged with “forcible rape” against a 14-year-old, but he took a plea deal that lessened the charge.

ABC 3 reports that Sereal was sentenced to “10 years hard labor.” A judge later suspended the sentence. As part of a plea deal, Sereal was put on supervised probation for five years and ordered to register as a sex offender.

Court documents indicate that Sereal violated his probation numerous times. In 2008, he was ultimately sent to Avoyelles Parish Prison in Marksville, to serve six years behind bars.

After his release, Sereal reportedly failed to register as a sex offender in 2016. He spent another six months behind bars.

In 2019, Sereal failed to register as a sex offender again. In September 2020, he pleaded not guilty to the charge.

In December 2020, authorities took out an active warrant for Sereal’s arrest after he allegedly failed to appear at his next court date. The warrant was recalled in January 2021 and a court date for the charge was set to April 2021.

St. Martin Parish deputies took Sereal into custody on the latest charge. He was then transferred to the New Iberia Police Department on aggravated kidnapping charges.

Meanwhile, Merrick and Antoine are being hailed as heroes for their quick thinking. Merrick, however, said that the responding deputies are the true heroes.

“I called the cops, they saved that little girl’s life,” Merrick said. “I blocked that truck in, make sure [he] couldn’t get out.”

The investigation continues. Anyone with information should call the New Iberia Police Department at 337-369-2306.