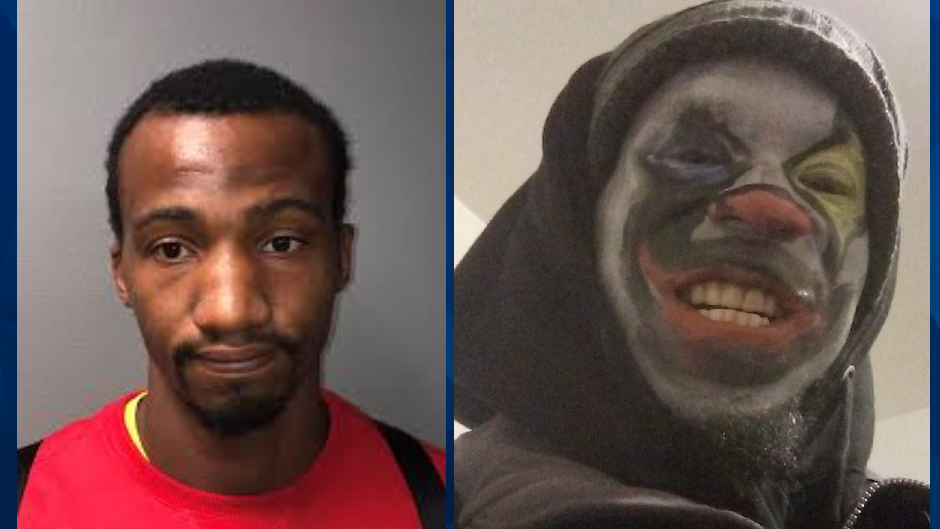 Days after allegedly raping woman in her home, sex offender shows up on her surveillance camera wearing clown makeup

On September 19, Joseph Johnson, 33, allegedly broke into several cars near a Long Island train station before forcing entry into a woman’s home and raping and choking her. Johnson also stole cash from the victim during the attack, according to the New York Post.

The homeowner reportedly placed several surveillance cameras around her residence after the incident. On September 21, the woman was alerted that the newly-installed cameras had been turned off.

According to Newsday, the various surveillance cameras were either damaged or turned away from the victim’s home. Wires connected to the recording device inside the residence were reportedly severed.

Prosecutors said DNA and other evidence ultimately linked Johnson to the September 19 rape and burglary. According to the Daily Mail, Johnson’s Facebook page featured several pictures of him wearing clown makeup.

Per the state sex offender registry, Johnson has a 2015 conviction for first-degree forcible sexual abuse involving an 11-year-old girl. Johnson is a Level 3 sex offender — meaning he is at high risk of reoffending and poses a threat to the public.