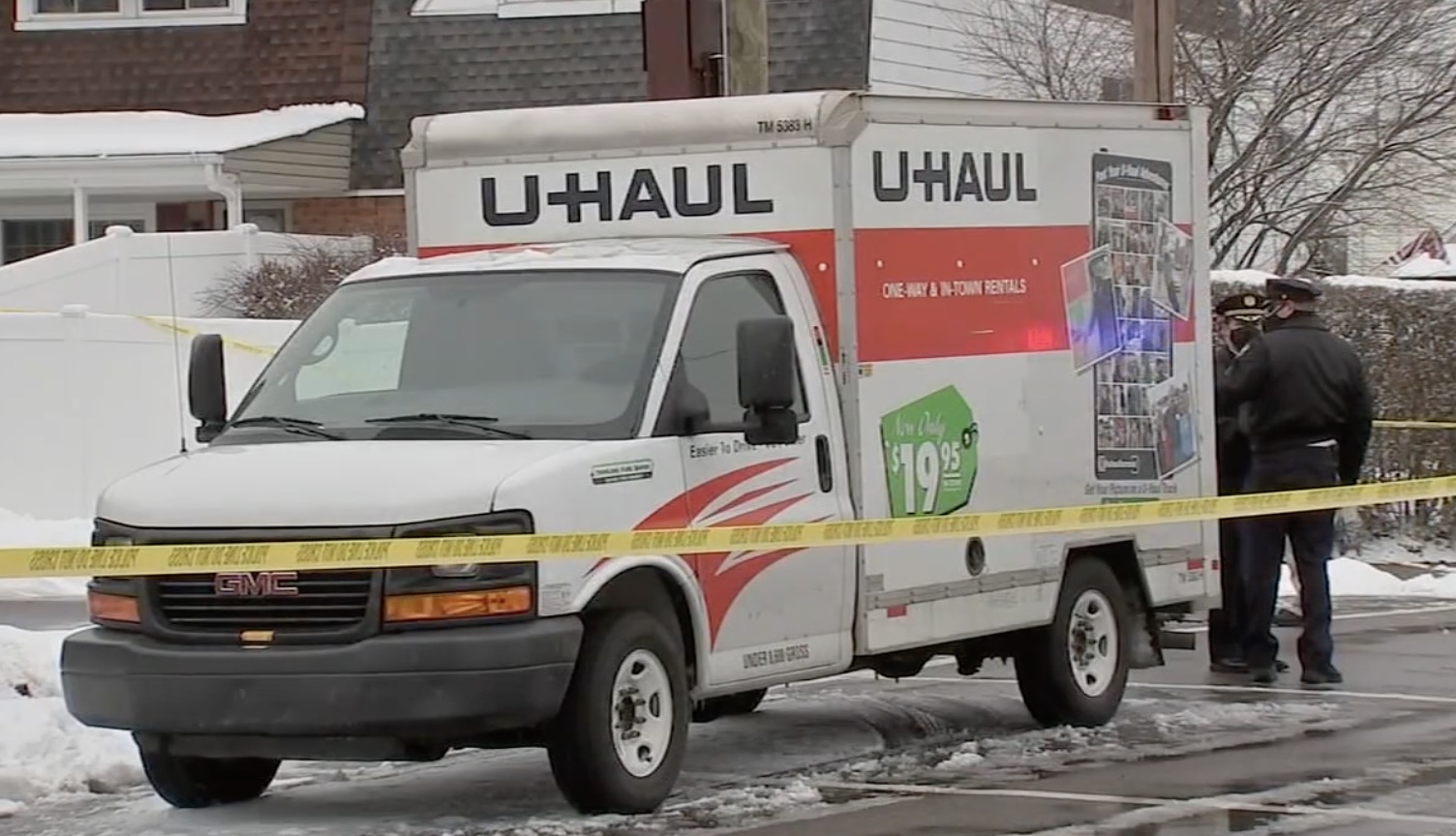 ‘There’s a body in the back’: Philly police investigating body parts found in U-Haul truck, dumpster, and a garage

While investigators haven’t said the body parts belong to the same person, they appear to be connected to a reported burglary in progress at a Somerton home.

Police investigating a report of a burglary in progress on Thursday pulled over a U-Haul truck spotted leaving the scene and were surprised when the driver told them he was transporting a body, WPVI reports.

“The vehicle pulled over, and as soon as the officers got out of the car, the driver of the U-Haul just came right out the door and said, ‘I don’t want anything to do with this,’ and ‘There’s a body in the back,'” Philadelphia police spokesman Sgt Eric Gripp said.

The body they found stuffed into a trash bag in the back of the truck had been dismembered, Gripp said. A weapon was found in the truck, he said, the driver and a passenger were taken into custody. Neither have been charged.

And that wasn’t the end of it. Later Thursday night, officers found a leg and a hand in a dumpster behind a convenience store less than a third of a mile from the home that had been burgled.

Gripp said a neighbor called police for a welfare check on Gerold’s house in the Somerton neighborhood on Wednesday, but officers found nothing unusual in a walk around the house. Neighbors told WPVI they had noticed Gerold’s cars missing earlier in the week.

While police haven’t said whether the body parts they’ve found have been identified as Gerold, sources told the station that investigators found still more body parts in an unattached garage on the property. The sources also said it appeared someone had tried to burn the body.

Neighbors told WPVI that Gerold was kind and helpful.

“We figured he was always helping them do something, you know,” Linda Xander said. ” … I guess this is his payback for doing something nice.”

On Friday, police were still collecting evidence from the dumpster and from the garage on Gerold’s property, the Philadelphia Inquirer reported. The included removing the many exotic pets Gerold kept, including about 30 parrots, several bearded dragon lizards, and tortoises. Behind the house, Gerold had koi fish in ponds and beehives. Sarah Barnett, a spokeswoman for Philadelphia’s Animal Care & Control Team, said it appeared Gerold had been raising the birds for sale.