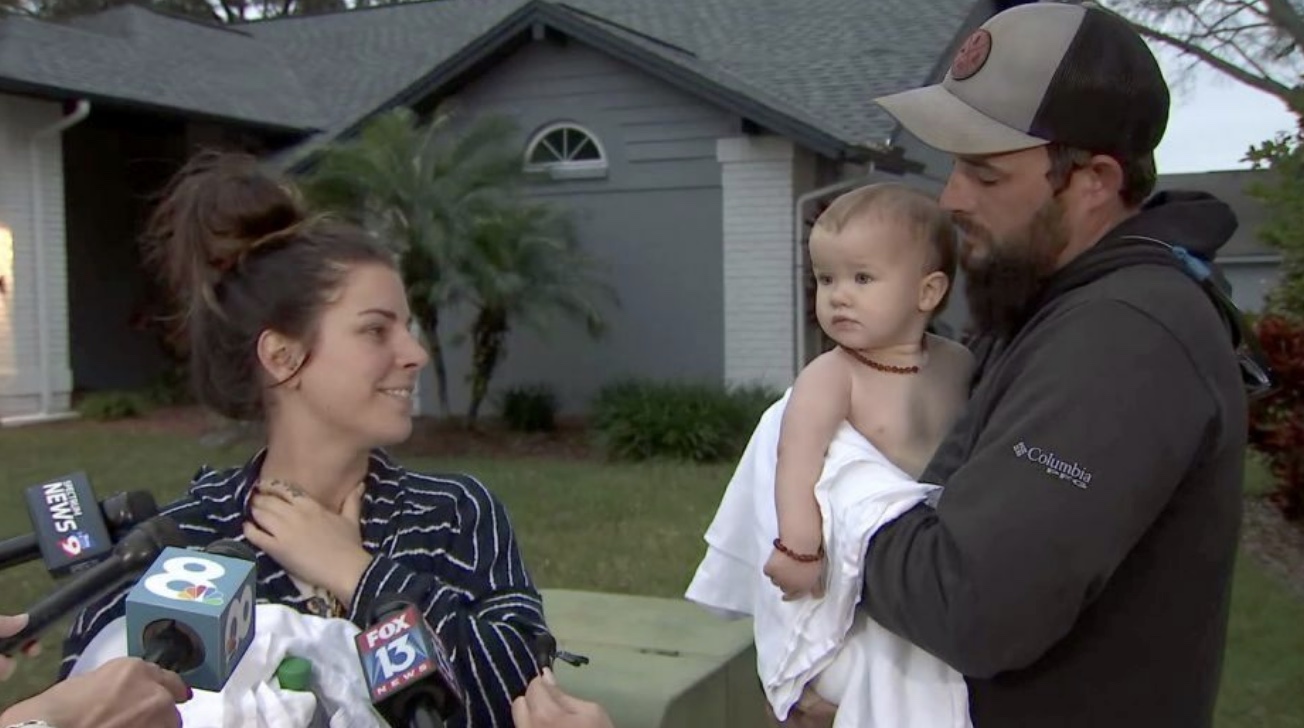 A 13-month-old baby was sleeping in the back seat of an SUV Tuesday afternoon when a man jumped into the running vehicle and drove off, prompting a desperate search and a statewide AMBER Alert, Fox 13 reports.

Two-and-a-half hours later, Florida deputies found the Volkswagen Tiguan abandoned in the parking lot of St. Andrews Methodist Church, just three miles away from where it was stolen. Tinnley West was still inside.

Faces of the crowd outside the home of Jonathan and Chelsea West turned to smiles when deputies announced the good news.

“We just want to say thank you and we’re so happy that she’s back,” Chelsea West told reporters as her husband held the little girl. “We’re all very grateful and happy.”

Tinnley’s mother had left the vehicle running just before 3 p.m. on Tuesday as she helped her mother-in-law unload groceries from a shopping trip, not wanting to wake the sleeping baby.

“In less than a minute — and that’s all it takes is less than a minute because she didn’t want to wake up the baby — someone took advantage and jumped in this car and stole the car with this baby inside,” Hillsborough County Sheriff Chad Chronister said.

“All I can tell that young man is ‘thank you,'” Chronister said. “At the same time, there’s a price to pay for your actions. I would encourage you to turn yourself in.”

Jonathan West had somewhat sterner words for the car thief. “Don’t let me find you,” he said.

Deputies are still looking for the suspect, who was seen running away from the SUV in the church parking lot. He was described as a thin, Black man wearing a white t-shirt and jeans. Chronister said a man matching that description was seen begging for rides in the area not long before the SUV was stolen.