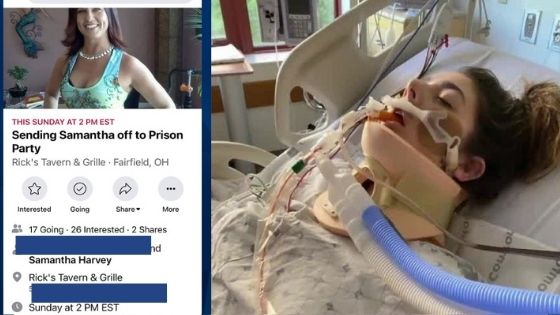 Rick’s Tavern & Grille, the business slated to host the “going to prison party,” for Samantha Harvey, 51, denounced Sunday’s event in a Facebook post. The Fairfield bar also said they plan to hold a fundraiser for the two drunk driving victims instead.

WXIX reported that in May, Harvey was drunk when she crashed into a vehicle containing two girls.

Her friend, passenger Caila Nagel, 17, suffered similar injuries, including a brain bleed, and was placed in a medically-induced coma. Nagel spent more than 100 days in the hospital and remains in a wheelchair since last year’s wreck.

Harvey was convicted of aggravated vehicular assault and operating a vehicle under the influence with a marijuana specification. Her sentencing is scheduled for March 3.