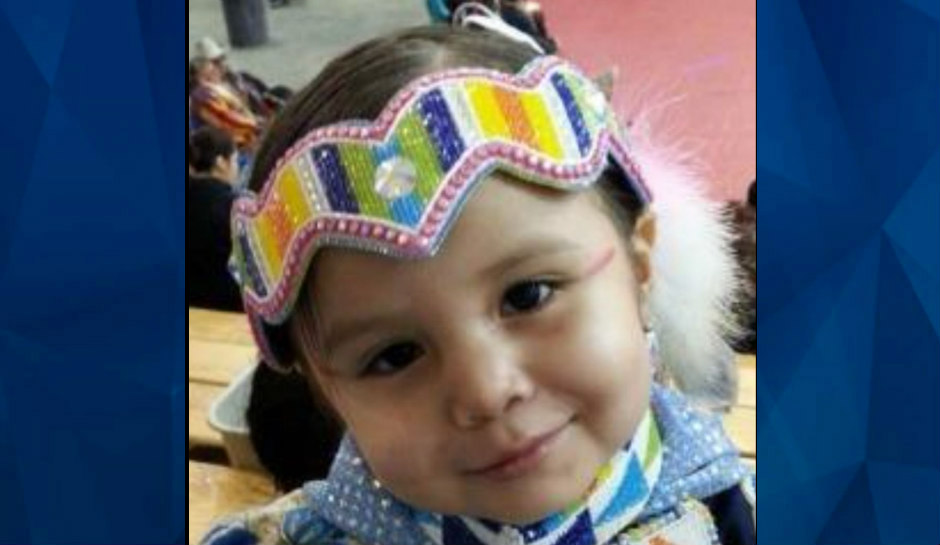 Remains found this week on the Crow Indian Reservation in Montana are believed to be that of a 6-year-old girl who disappeared nearly two years ago, KULR reports.

Tribal Chairman Frank White Clay reported Thursday that the body discovered was that of Mildred Old Crow. While the Big Horn Sheriff’s Office said the evidence “strongly suggests” the identity is Mildred Old Crow, they said they are awaiting results of a DNA test to confirm.

“My hope is that we can find closure, grieve together and work to ensure that children are protected and supported on the Crow Reservation and beyond. We want justice for this child and for all of the victims of the epidemic of people missing from reservations across the country,” White Clay said.

The body was found Wednesday evening, KULR said, but police did not provide details about the discovery.

In January, Veronica Tierza Dust, 34, and Roseen Lincoln Old Crow, 34  — who had been granted informal custodianship of Mildred in March 2017 — were charged in Tribal Court with misdemeanor endangering the welfare of a child, as CrimeOnline previously reported. They were released on $1,000 bond each, but the same women were charged on February 12 with custodial interference and are still in custody on $5,000 bond, the Billings Gazette said.

Mildred was last seen with a Tribal Court-appointed guardian on the reservation, according to the FBI and the Bureau of Indian Affairs, but authorities wouldn’t say if she was staying with the two women when she disappeared.