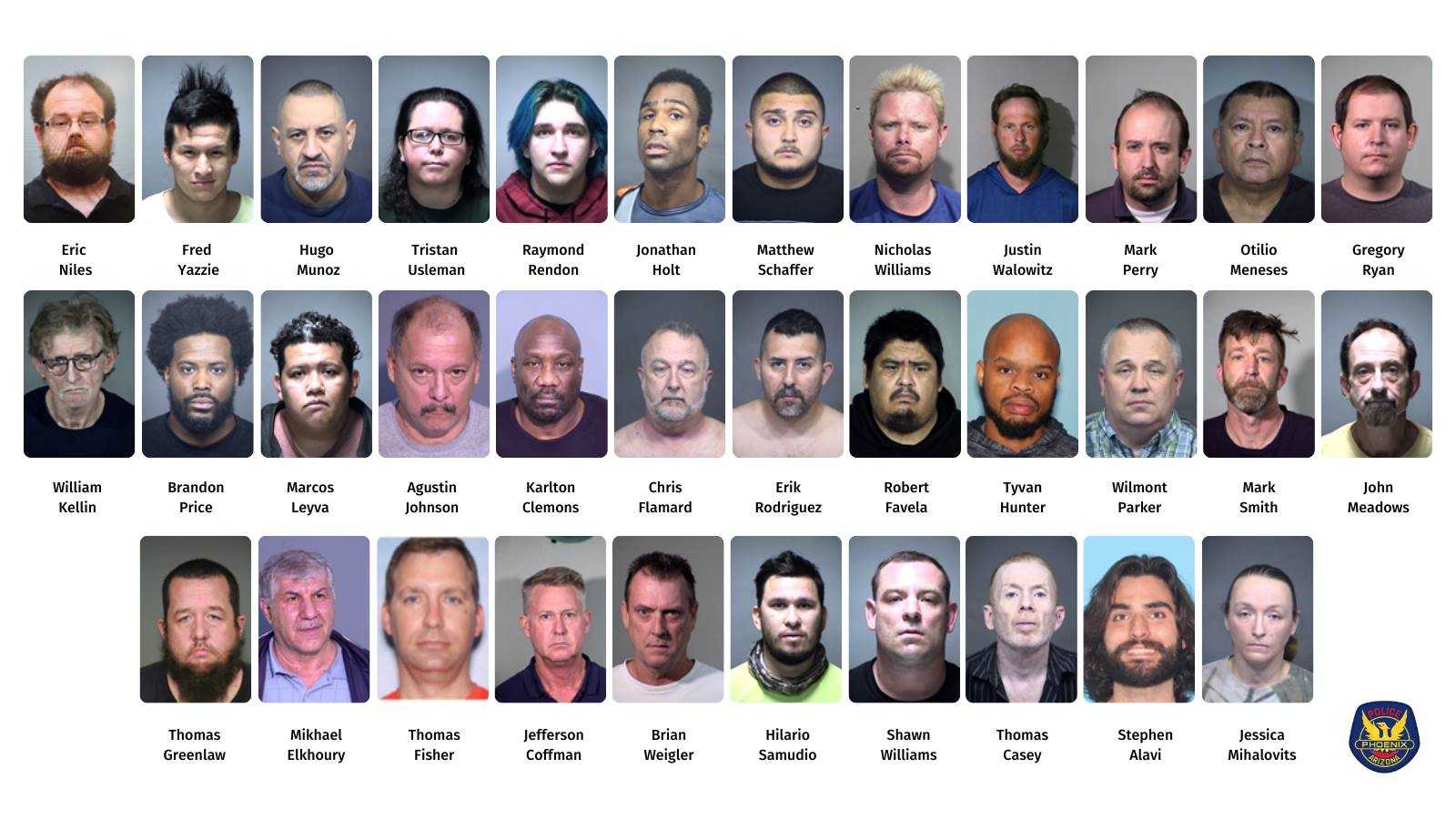 ‘Operation Broken Hearts’ gets 37 predators off the streets in Arizona

Phoenix police said the operation was part of a nationwide effort to get predators off the streets and into jail.

Phoenix police joined the police departments of Tempe, Mesa, and Chandler, Homeland Security Investigations, and the Attorney General’s Office for the operation.