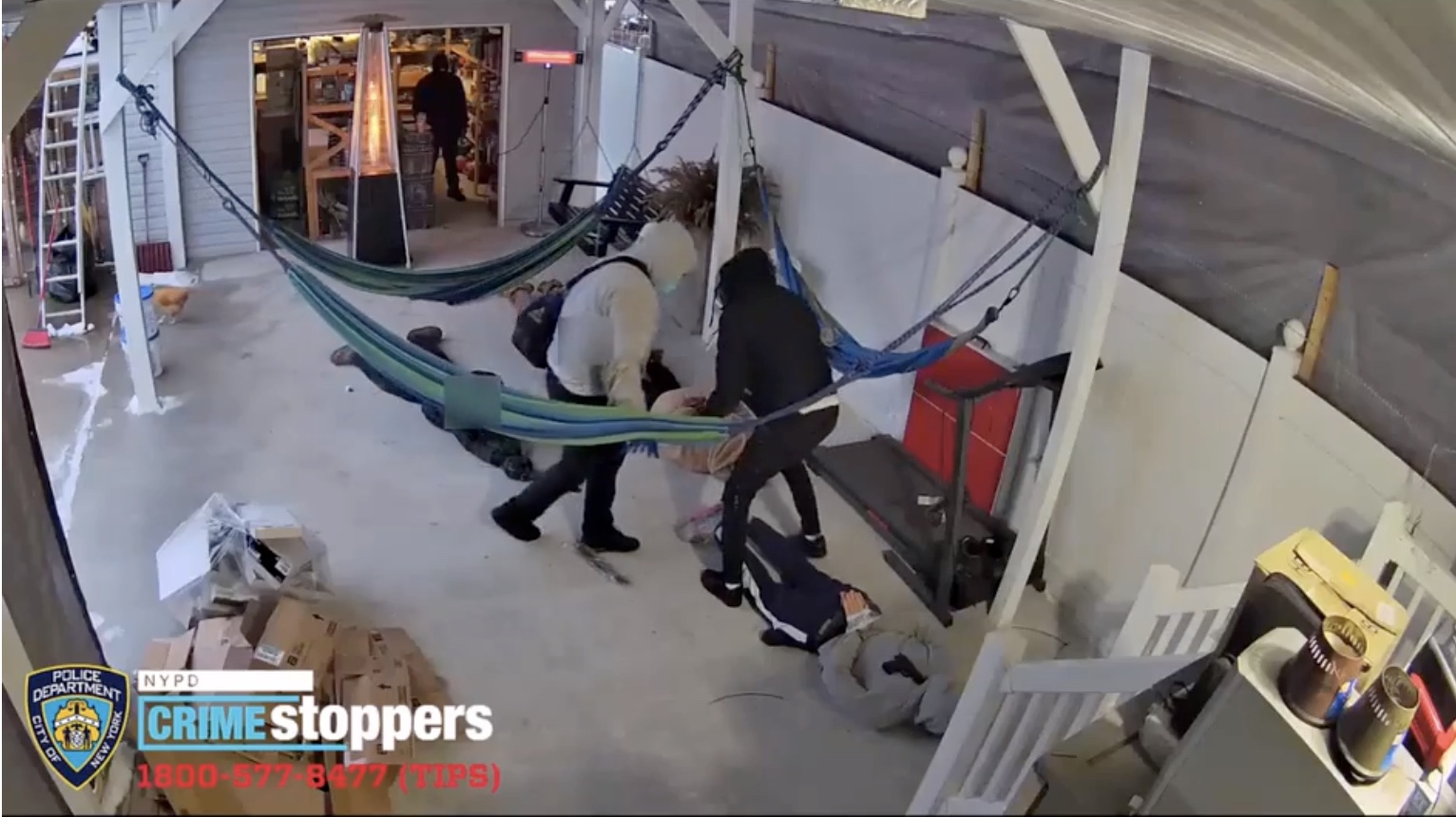 New York police are looking for three armed men who used zip ties to tie up five people at a Queens home and stole $40,000 in cash, 1010 WINS reports.

Police said the men slipped through an open side entrance to the home just before 5:30 pm on Friday, brandished handguns and told five people on the back patio to lie on the ground.

Then they used the zip ties to secure them, while also ordering one of the people — a 43-year-old man — to go inside the house.

They demanded the man tell them “where’s the money,” police said, and hit him in the head with the gun, causing a cut to his face.

The suspects searched the home and took the cash they found, fleeing on foot north on 146th Street and then east on 116th Avenue.

The incident was captured on surveillance video.

The injured man refused medical attention at the scene, police said, and no other injuries were reported.

NYPD asks anyone with information to call Crime Stoppers at 1-800-577-TIPS.