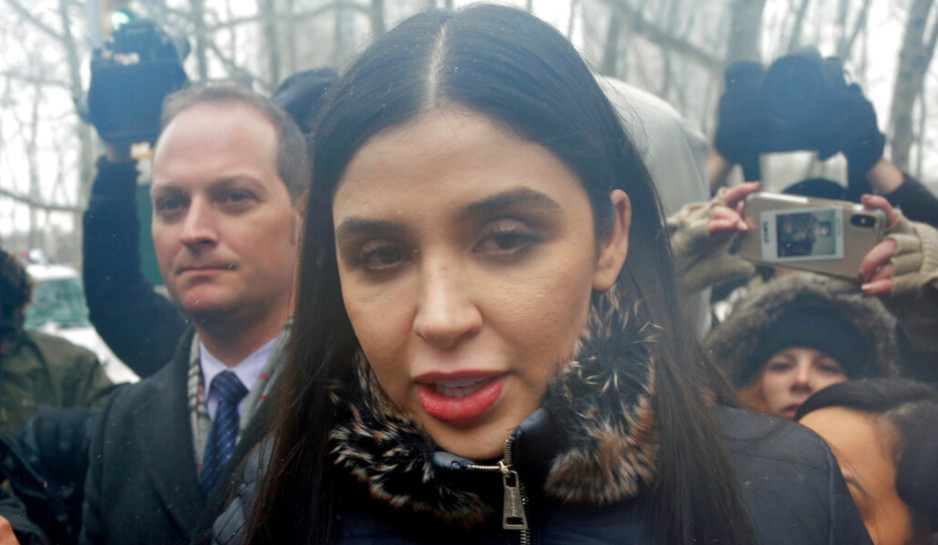 Emma Coronel Aispuro, 31, is charged with conspiracy to distribute cocaine, methamphetamine, heroin, and marijuana to import in to the United States.

Coronel, who holds dual US/Mexican citizenship, is also alleged to have helped her husband escape from Altiplano prison in Mexico in 2015 and to have been planning another escape after his rearrest and before he was extradited to the United States in 2017, according to the complaint filed against her.

Guzman was sentenced to life in prison in 2019 when a jury convicted him “for his role as a leader of Sinaloa Cartel,” the Justice Department said.

Coronel, often called Guzman’s “beauty queen wife,” was voted Coffee and Guava Queen in Canelas, Mexico, in 2007 after hundreds of gunmen on motorcycles flooded the town of Durango, followed by Guzman himself, who hosted a lavish party and announced his intention to marry her, according to the Daily Beast. Her father was a rancher and Guzman deputy who was sanctioned by the Department of the Treasury in 2013 under the Foreign Narcotics Kingpin designation.