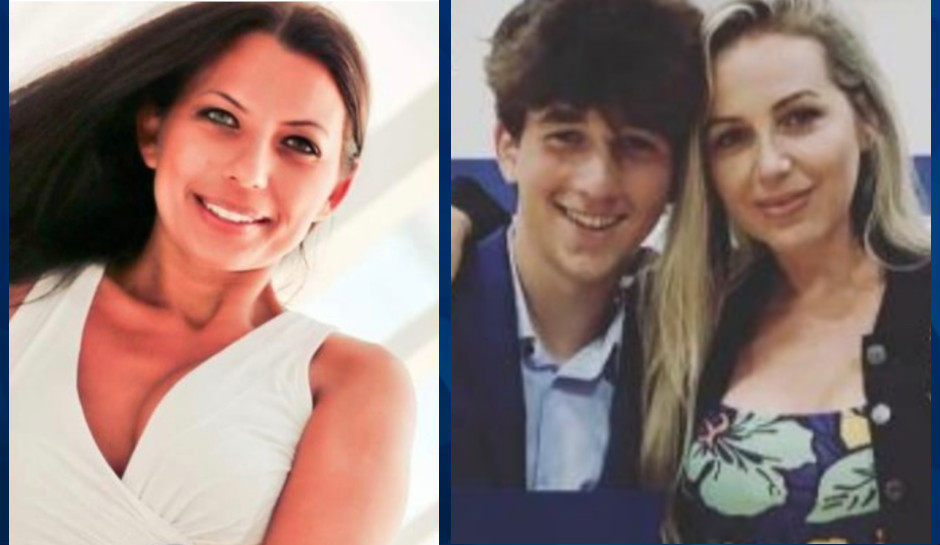 A New Jersey corrections officer has been charged with fatally shooting his girlfriend and her best friend after they returned from a Valentine’s Day weekend trip to Cancun, NJ.com reports.

Court documents say that John Menendez, 23, confessed to killing Anna Shpilberg and Luiza Shinkarevskaya, both 40, after picking them up at Newark Liberty International Airport on February 16.

Menendez, who had worked at the Hudson County Jail for about a year, allegedly drove the two women to a park and fly lot where Shinkarevskaya left her car, shot her in the head, and left her bleeding on a sidewalk. Then he drove about a mile away, stopping about a block from Newark Penn Station, where Shpilberg’s body was found in the passenger seat of her car, also with a gunshot to the head.

Shinkarevskaya’s cousin — Mishel Chan-Min — told NJ.come that Menendez was “furious and he was upset” that the two women and three other friends had gone to Mexico without him. Menendez told Shinkarevskaya’s boyfriend that “he can’t believe they went on vacation and that Anna was going to hear it from him when she got of the plane,” Chan-Min said.

The boyfriend, identified as “Witness B” in court documents, reportedly tried to call him down and offered to go pick them up from the airport.

“I’m fine,” Menendez reportedly said, according to the court papers. “I’ll go pick them up.”

Menendez picked the woman up after their flight’s 8:30 p.m. arrival. After killing them, he reportedly walked up to a police officer in his patrol car not far from the crime scene and confessed.”

“I killed both of them,” Menendez, with blood on his clothes,” allegedly said. “Just arrest me, bro.”

The officer read him his rights and handcuffed him, and Menendez kept talking. “This is crazy,” he said. “I can’t believe I did this.”

“Both women had just been on vacation and Menendez said that Anna had been ignoring his calls,” police wrote in court records. “He said he lost it and killed them.”

“He again said he ‘killed her and her friend,’” the affidavit said. “When the officer asked where she was, Menendez said she was in the car.”

Family and friends said that Shpilberg and Shinkarevskaya emigrated to the United States about 30 years ago. Shinkarevskaya was an ultrasound technician, and Shpilberg was a dental hygienist.

Shpilberg also has a 15-year-old son, Daniel Knigin. A GoFundMe has been set up to help him.

Menendez has been charged with two counts of murder and weapons charges. He’s being held in Essex County Jail pending a detention hearing on March 2.