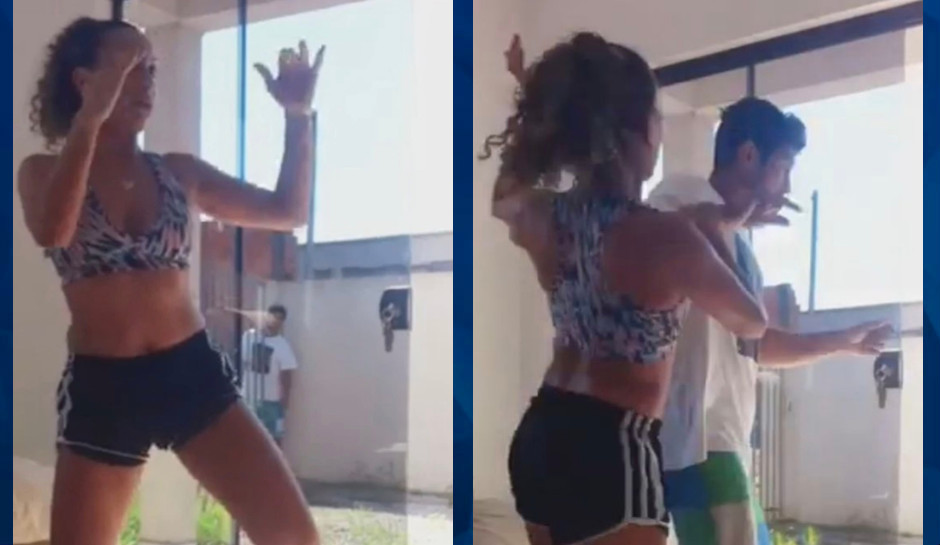 SEE IT: ‘Twerking Nurse’ fights off CREEP in middle of twerk video

A Brazilian nurse ‘beat the hell’ out of a stranger she caught leering at her as she was recording some dance moves in her Paranagua home, the New York Post reports.

“I get scared and act naturally as if I knew him until he reacts with the intentions of grabbing me,” she wrote on Facebook.

The grinning stranger slipped into the back yard and walked right into her house, where Goncalves was alone with her 11-year-old daughter.

When he kept walking toward her and even reached to grab her, she said, “with my docile pitbull instinct, I beat the hell out of him.”

Goncalves chased him out of the house and out of the yard entirely, and she filed a police report.

“I was with my 11-year-old daughter when he came in,” she told local media. “I attacked him with a thousand different things in my mind about what could happen.”