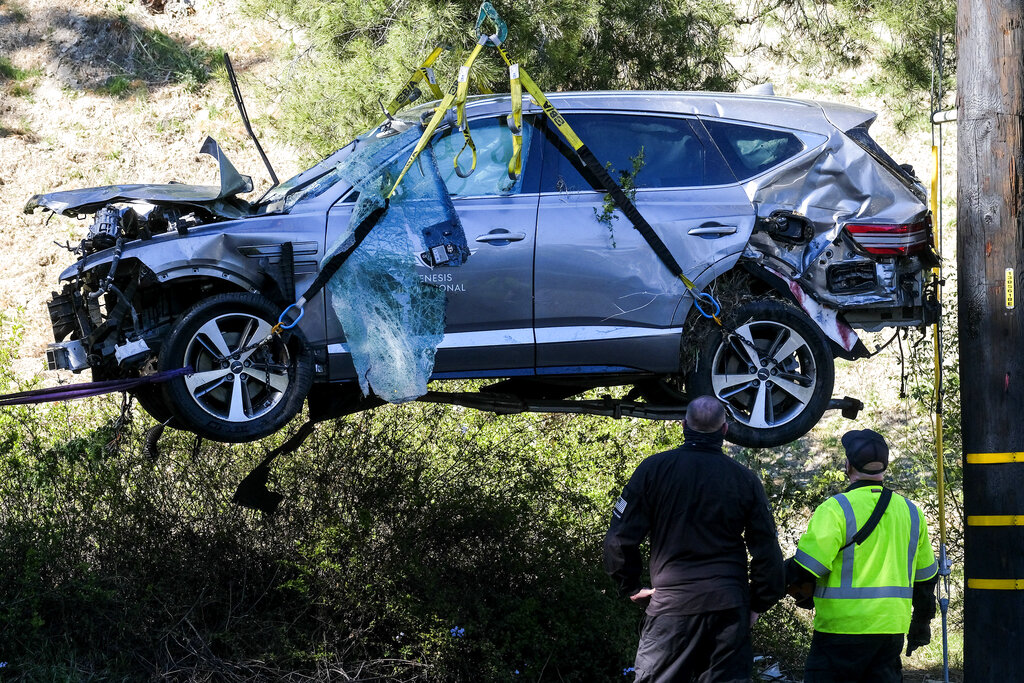 Tiger Woods had ‘no recollection’ of serious car crash, ‘amputation might have been necessary’: Police

As CrimeOnline previously reported, Woods lost control of his vehicle on Tuesday morning in Palos Verdes, and the car rolled over multiple times before coming to a stop about 30 yards from the side of the road. Woods was removed from the severely damaged vehicle with the “jaws of life,” and underwent surgery for multiple “open fractures” to his leg, ESPN reports.

“[The surgeons] actually were worried that he could lose the limb. Amputation might have been necessary,” Dr. Jeremy Faust, an emergency doctor at Brigham and Women’s Hospital in Boston, told CNN.

Los Angeles County Sheriff’s Deputy Carlos Gonzalez, the first to respond to the emergency call, told NBC’s “Today” that Woods did not seem aware of how badly he was hurt, and remained calm while the deputy considered how to remove Woods from the wreck, ultimately deciding that a jaws of life extraction was the safest route.

“I don’t think he was aware of how gravely he was injured at the time. It could be a mixture of adrenaline, it could’ve been shock,” Gonzalez said on “Today.”

This shock response may have continued after Woods received medical care at the hospital.

Los Angeles County Sheriff Alex Villanueva reportedly said on CNN Wednesday Woods did not say anything to first responders about a possible cause of the crash, and when detectives questioned him about the wreck after his arrival to the hospital, Woods “had no recollection of the crash itself.”

Villanueva said that Woods, who was alone in the vehicle, will not face any criminal charges, and described the crash as “purely an accident.” There was no sign of any alcohol or drug use at the scene, and it is not known if investigators are performing a toxicology test.