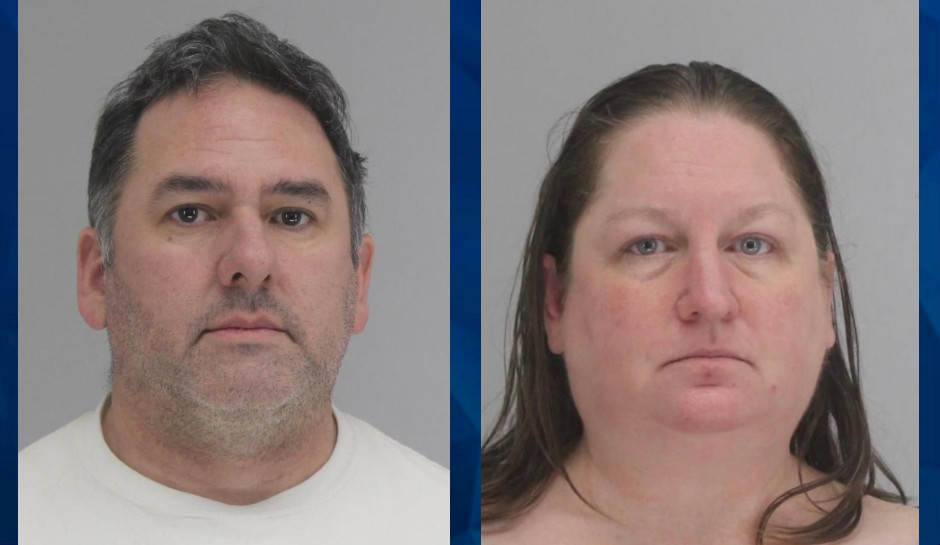 The widow of an American Airlines executive shot to death last year as the couple was walking their dog was arrested Wednesday in connection with the murder, the Dallas Morning News reports.

Darrin Ruben Lopez, 48, has already been charged with murder for shooting James “Jamie” Faith, 49, on October 9, 2020. Authorities say that Faith’s wife, 48-year-old Jennifer Faith, had been in an “emotional affair” with Lopez, a man she dated in high school and college.

The Morning News said that a Dallas police post initially said that Jennifer Faith faced a federal charge of obstruction of justice, but that information was later removed. In its place, police said that “the details are still sealed and not available for public release at this time.”

Lopez was arrested on January 11 at his home in Tennessee as authorities executed a search warrant, where they reportedly found the gun used to kill James Faith.

The shooting took place on the morning of October 9, the day after the Faiths celebrated their 15th wedding anniversary. Jennifer Faith told police that they were just outside their home when a masked man approached from behind, aimed at her husband’s head, and fired several times. Then, she said, he knocked her down and tried to wrap duct tape around her hands and steal her jewelry. Police also released a photo a black Nissan pickup truck they believed may have belonged to the killer.

Investigators were led to Lopez when they found text messages on her phone to a friend discussing the “full-blown emotional affair” she was having with Lopez, later telling the friend she’d ended it because her husband was “hurt” and she “just couldn’t do it to him,” according to an affidavit filed in the case. But those messages didn’t stop.

Lopez’s cell phone records revealed that he and Jennifer Faith had been texting one another hundreds of times per day — more than 14,000 calls and messages between September 30 and October 30, 2020, investigators said, according to WFAA. The messages stopped, briefly, around the shooting.

Authorities believe Lopez made a 1,300-mile roundtrip between his home in Cumberland Furnace, Tennessee, and Dallas to commit the homicide. They found that his debit card history showed work done on his black Nissan truck days before the shooting, and that he was at a truck stop in West Memphis, Arkansas, on October 8, according to the affidavit. He withdrew money from an ATM at that time but didn’t use the card again until he was back in Tennessee the following evening.

GPS data put Lopez near the Faiths home some five hours before the shooting, when a motion-activated camera in their yard recorded a man in the backyard of a vacant home next door, the affidavit said. Although the image wasn’t sharp, the man resembled Lopez and was wearing clothes similar to what Lopez was wearing at the Arkansas truck stop.

And there was one other piece of evidence: According to Lopez’s Google account, he searched for directions from his home to the Faiths’ home. And when he returned to Tennessee, he searched for news stories about the shooting.

When they conducted the search of Lopez’s 20-acre property, authorities found a can of Red Bull and two DVDs they believe he bought at the truck stop. They also found a flat-screen television that had been shipped from Jennifer Faith to Lopez.

Since his arrest, Lopez has been extradited to Dallas to face the murder charge. He’s also been charged with a federal count of taking a gun across state lines to commit a felony.

“This defendant allegedly gunned down an innocent man in broad daylight,” acting U.S. Attorney Prerak Shah said last month. “I hope this case makes one thing crystal clear: If you carry a gun across state lines in order to commit violence, you will be subject to federal prosecution.”

Lopez is being held on a $1 million bond.