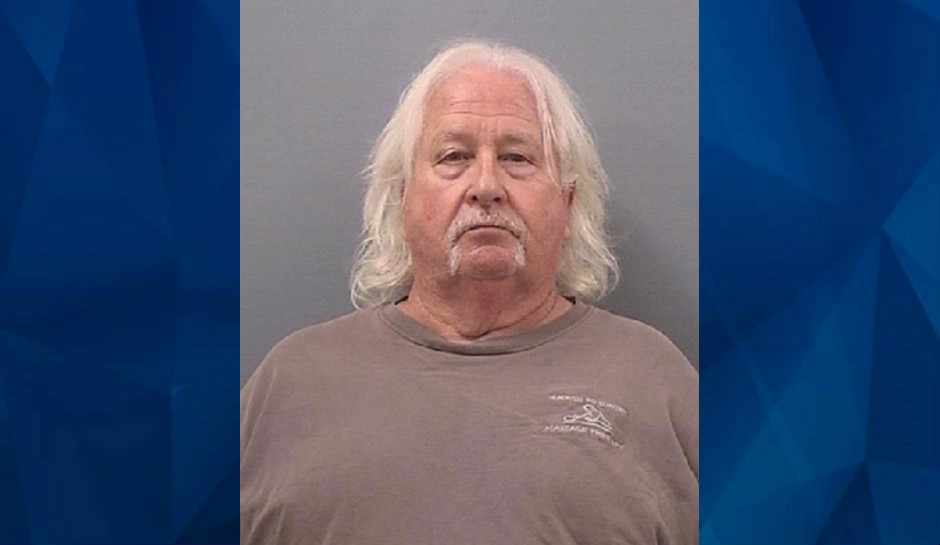 A licensed Tennessee massage therapist has been charged with rape and sexual battery involving two of his female clients.

Police in Portland, about 40 miles north of Nashville near the Kentucky state line, said that a first-time client filed a report on Sunday claiming that James D. Hall, 69, “inappropriately contacted her genital area multiple times, to include digital penetration, as well as making verbal sexual advances,” WKRN reports.

And on Monday, as investigators began to look into the allegations, a second woman filed a report claiming that Hall “contacted her genital area, inappropriately, inside her underwear.”

“This particular victim experienced this event at the beginning of February, and came forward after overhearing a conversation at the grocery store of someone else experiencing a similar incident,” police said.

“It went beyond massage. They were fondled by the masseuse. Basically, touching private areas that they are not supposed to be touching,” Lt. Jason Arnold said.

Police said they found corroborating evidence and arrested Hall on Thursday. He allegedly told detectives what he did was “too much” and a “failure on his part.”

Investigators say they suspect there are more victims and ask anyone with information to call 615-325-3434 ext. 770.

Hall is being held in the Sumner County Jail on $100,000 bond on one count of rape and one count of sexual assault.

State authorities said Hall had no disciplinary record in his nine years as a licensed massage therapist. Portland Police said his only criminal record came four decades ago when he was charged with contributing to the delinquency of minors.