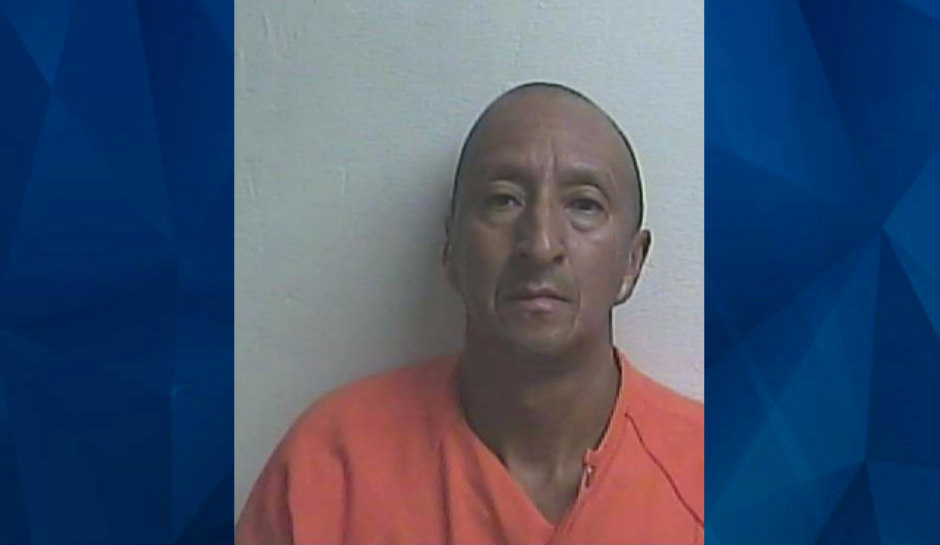 A Florida man who cut off his wife’s secret boyfriend’s penis with a pair of scissors was sentenced to 20 years in prison on Friday, to be followed by 10 years probation, ClickOrlando.com reports.

Alex Bonilla, 51, pleaded no contest last month to kidnapping to inflict bodily harm, burglary while armed, aggravated battery with a deadly weapon, and aggravated assault with a firearm.

As CrimeOnline previously reported, in July 2019, the victim told a Gilchrist County 911 dispatcher that Bonilla broke into his home, threatened to kill him if he didn’t cooperate, then tied him up and severed his penis.

When he was done, Bonilla allegedly told the victim that if he called police, “I will be out in two months and I will come back and finish this.”

Bonilla, who allegedly took off with the victim’s penis, was apprehended hours after the 911 call. According to police, Bonilla broke into the home with a gun; two children were at the home at the time of the incident — one of who reportedly saw the incident through a small opening in the door.

The penis was never recovered.

According to court records, friends and relatives wrote to the judge seeking leniency in the sentencing. Bonilla’s son wrote that that he wanted his father home to help the family financially and to help his younger sister learn to read.

“These are a few of many reasons why I’d like and I need daddy to come home as soon as possible,” the boy said in a handwritten letter

ClickOrlando said Bonilla was ordered to pay more than $251,000.

Police said that Bonilla reportedly caught his wife having sex with the victim a few weeks before the incident, CrimeOnline reported. He told investigators that at that time, he confronted the man and told him, “You need to stay away from my wife and leave her alone.”

He also told investigators that he “blacked out” while attacking the man “and doesn’t remember anything from that point until he was at work and was arrested.”

The victim told police Bonilla entered his home without permission with a gun tucked under his arm and told the victim he was there to “fix something.” Bonilla then put the gun to the victim’s head and ordered him into a bedroom.

Bonilla allegedly pulled out a metal pipe and threatened to beat the victim, prompting the victim to fall to his knees and beg Bonilla to stop. Bonilla then forced the man to stand up and remove his pants, according to the arrest report.

“This is normal you, will not die today,”‘ Bonilla said, according to the police report.

Bonilla allegedly tied a rubber band around the victim’s penis several times, then pulled out a pair of scissors.

“This is for all the women you have been having relationships with,” Bonilla allegedly said.

The victim said he tried to get away and tried not to scream because his children were in the house, but the suspect threw him to the floor and his pushed knee into the man’s chest to stop him from fleeing.

Bonilla allegedly tried several times until he succeeded in cutting off the victim’s penis while getting frustrated at the blood gushing out. Bonilla warned the man not to say anything, police said.

When Bonilla opened the bedroom door to leave, he allegedly found the victim’s daughter watching through a small opening outside of the door. Bonilla fled the residence with the man’s penis, which was never recovered.