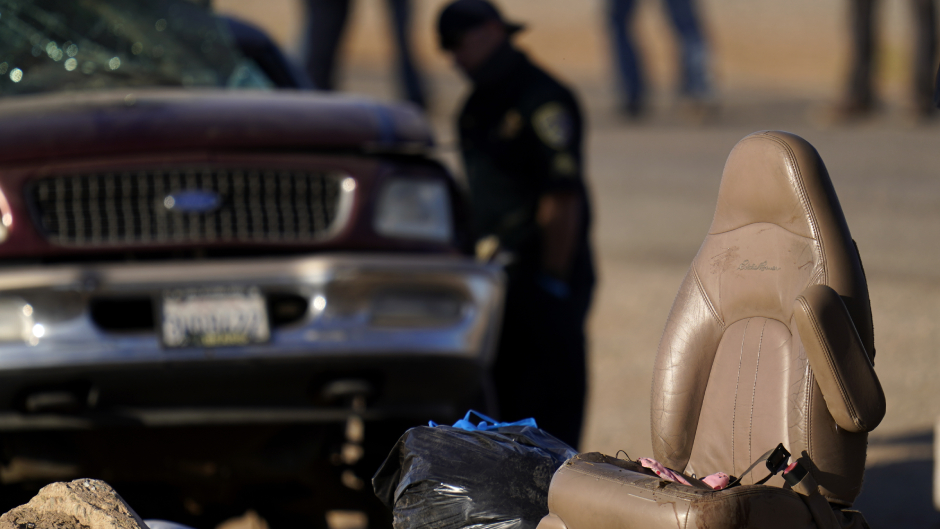 Human smuggling may have played a role in highway crash that killed 13 people, feds say

Emergency crews who first responded to the crash site reportedly found bodies sprawled along the highway and injured passengers wandering along the road.

Federal authorities are investigating whether human smuggling was involved in Tuesday’s highway crash in California that left 13 people dead.

The accident involving a Ford Expedition carrying 25 people and a tractor-trailer occurred on State Route 115 near El Centro, roughly 10 miles from the U.S.-Mexico border. The National Transportation Safety Board is reviewing the wreck, while the Department of Homeland Security investigates possible human smuggling, according to KNSD.

The news outlet reported that the SUV’s 25 occupants ranged in age from 15 to 53. State police said the vehicle had a driver and front passenger seat but there was no rear seating, which was presumably removed to fit more people in the SUV.

Emergency crews who first responded to the crash site reportedly found bodies sprawled along the highway. Injured passengers were seen wandering along the road, according to the Los Angeles Times.

The Mexican Foreign Affairs Undersecretary confirmed that at least 10 of the 13 decedents were Mexican nationals. The Times reported that the driver of the SUV was a 28-year-old Mexicali who perished in the collision. Authorities said two people injured in Tuesday’s crash are Guatemalan nationals.

Despite this, it remains unclear if the SUV’s occupants entered the U.S. illegally or were undocumented.

The 68-year-old driver of the tractor-trailer — that was hauling gravel at the time — suffered minor injuries in Tuesday’s crash, according to reports.