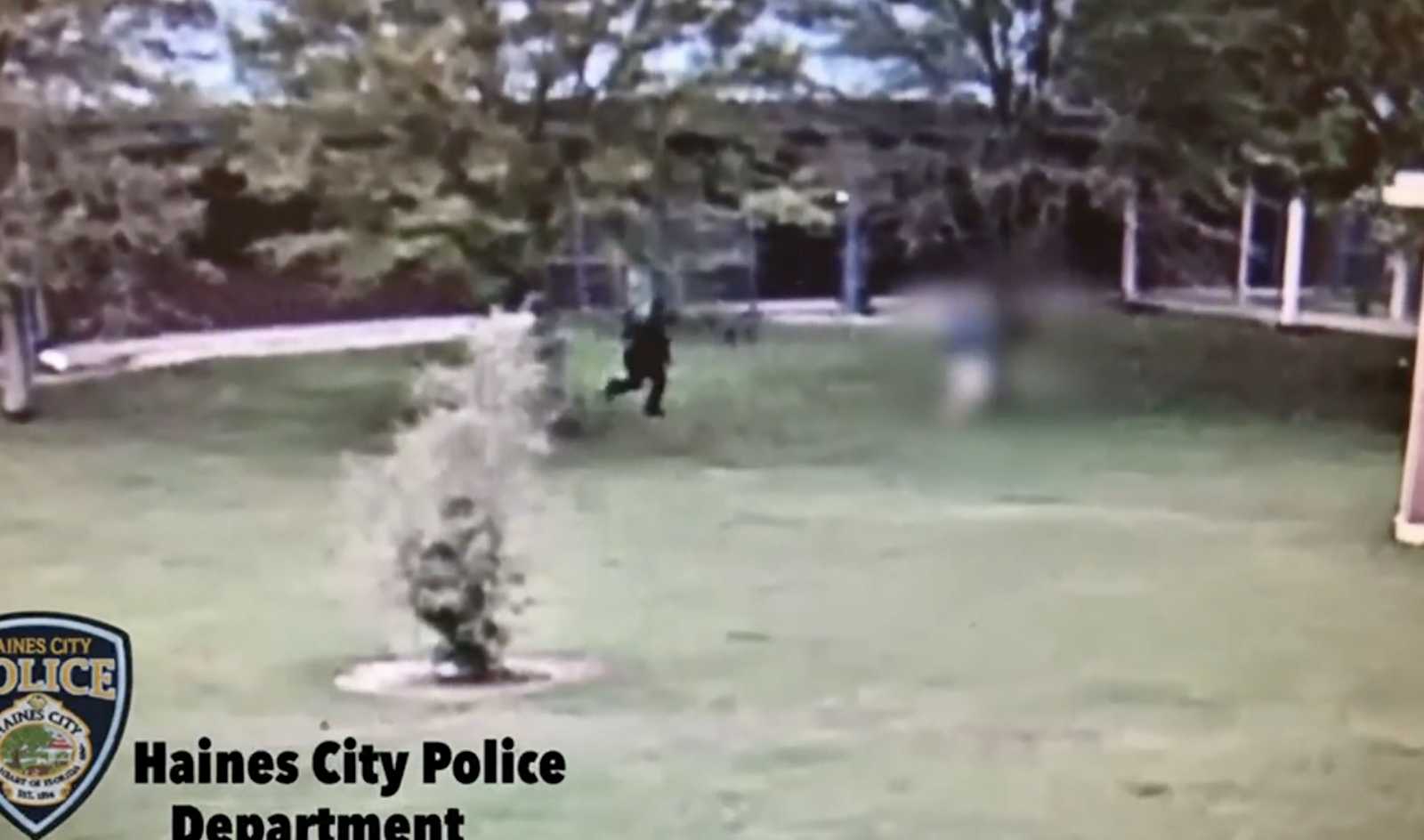 SEE IT: Substitute teacher attacks one student, chases another outside: Police

A Florida substitute teacher has been fired after he allegedly brawled with one middle school student and chased another outside when that student tried to intervene, prompting the regular teacher to lock the classroom to keep him out.

David Sierra, 52, was also arrested and charged with two counts of battery and one count of disrupting a school function in the incident, WFLA reports.

Haines City Police spokesman Mike Ferguson said Sierra got into an argument Wednesday with one of the students when the full-time teacher he was working with stepped out of the classroom to make copies.

“Mr. Sierra was within an inch, maybe two of the students face to the point where the student could actually smell or feel Mr. Sierra’s breath,” Ferguson said.

The full-time teacher, who was not named, heard the noise from the altercation and rushed back to the classroom. She attempted to deescalate the situation, Ferguson said, but Sierra kept yelling at the student, belittling him, and when the student stood up from his desk, the substitute pinned him into a wall. The boy yelled for Sierra to get away from him, and Sierra reportedly grabbed his neck and shoulders and kneed him repeatedly in the face and chest.

“Throughout this commotion, vulgarities are flying,” Ferguson said. “The teacher walks in and in an effort to try and protect the student tries to pull the student away from Mr. Sierra, both the teacher and the student at that point fall to the ground. She’s trying to take on a man more than two times her size, and when our detectives interviewed her, her priority the entire time was just protecting the students, and the teacher really is kind of the hero.”

With the teacher and the student on the floor, a second student tried to intervene. Sierra allegedly grabbed him by the shirt and swung him around, Ferguson said, and that boy punched at Sierra to get away. He fled out of the building, with Sierra chasing him down. Surveillance footage shows Sierra pursuing the boy across a yard. The boy circled back around, and the regular teacher helped him get back into the classroom, whereupon she locked the door.

Sierra reportedly tried to get back in but was unsuccessful.

Jacqueline Byrd, Polk County Schools superintendent, told WFLA that the administration was “shocked and appalled” by the incident.

“As educators, we are held to a higher standard,” she said. “We must treat every child entrusted to our care with the utmost compassion and respect. We must represent our profession with dignity and pride. We must set an example for our students, our colleagues and our community at all times. Any failure to do so simply will not be tolerated. Period.”

Haines City Police Chief Jim Elensky commended the full-time teacher “for having the courage to step in to protect a student from someone nearly three times her size.”

“Educators are expected to be deescalating, stabilizing forces in our schools,” Elensky said. “In this case, we had one who lived up to those standards and one who was instead, the antagonist.”

Police did not reveal the extent of any injuries the students or the teacher suffered.