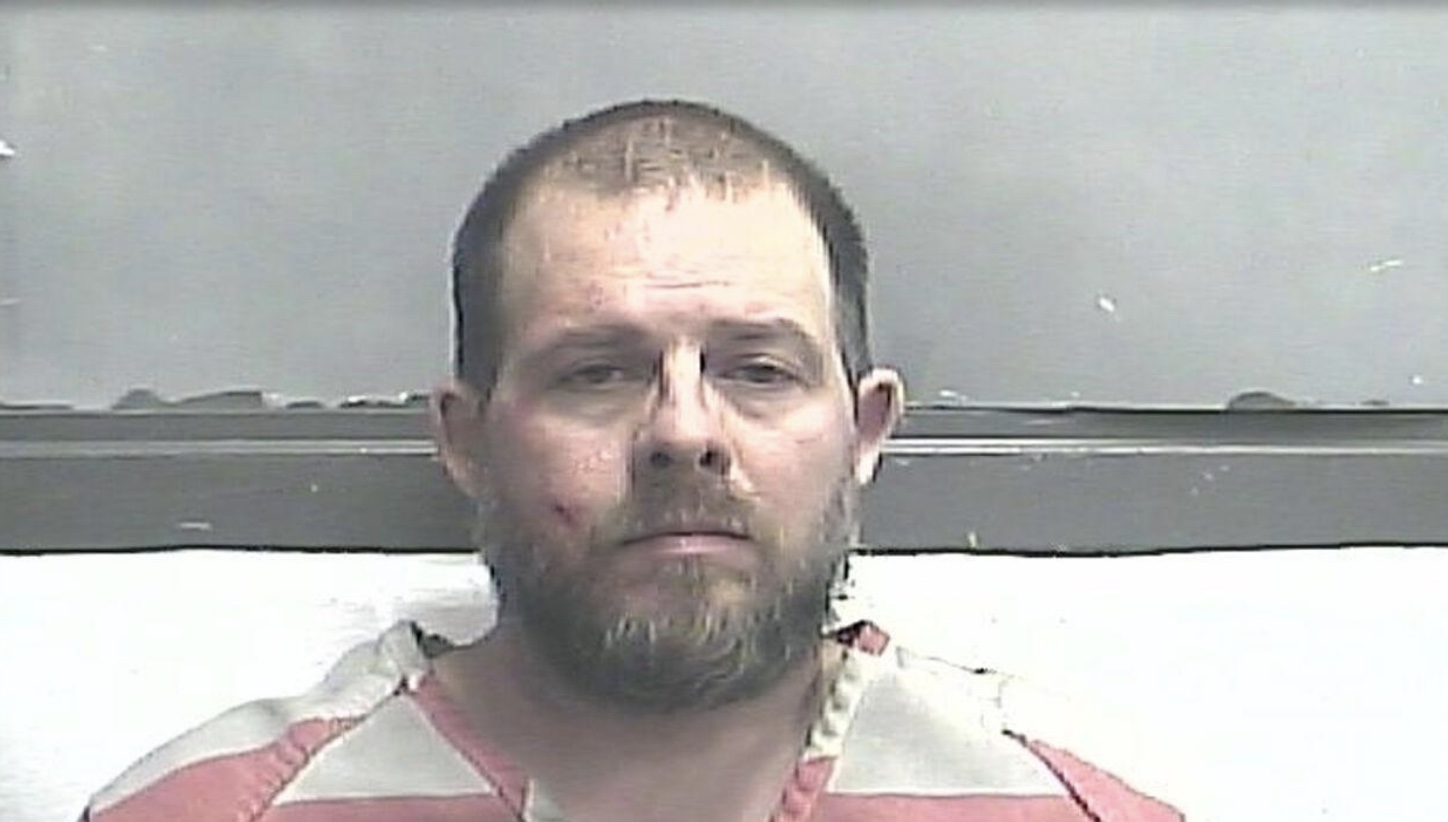 A Kentucky police dispatcher answered a desperate call to 911 Thursday night: A 10-year-old boy reported a deadly shooting at his home in Brandenburg, WLKY reports.

“A 10-year-old was on the telephone saying that his stepmother and stepmother’s dog had been shot,” said Brandenburg Police Chief Brian Haag.

Brandenburg police and Meade County sheriff’s deputies rushed to the scene and surrounded the home of 45-year-old Christopher Pollock, who came out of the home moments later with the boy.

Offices asked Pollock who shot his wife. He responded that he pulled the trigger, then reached for the gun on his hip, police said.

A struggle ensued, police said, as officers and deputies “went hands on.” Pollock kicked an officer in the face but was eventually tased and arrested.

Authorities have not yet identified the victim, nor did they say where the 10-year-old who reported the crime was taken.

Haag said it wasn’t clear if the boy witnessed the shooting.

“I’d say he probably was scared; he didn’t know what was going on,” Haag said.

Haag also said it wasn’t the first time officers have been called to the home, although he declined to provide any details.