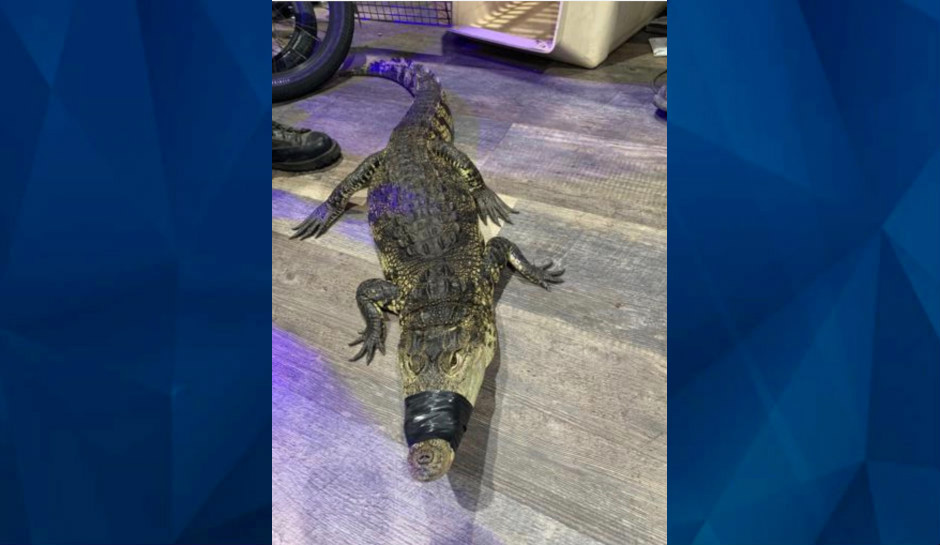 Oxnard Police knew what they might find when they conducted a search of Donny Askar’s waterfront home earlier this month, and it wasn’t just the drugs they were investigating.

After taking the 44-year-old Askar into custody in Port Hueneme, they headed to his home in Oxnard’s Channel Islands neighborhood. Sure enough, along with heroin, methamphetamines, and cocaine, investigators found a seven-foot alligator.

The gator “was found submerged in a poorly secured tank with rancid water,” the police department said, noting a very real concern that the animal could have escaped into the Channel Islands Harbor.

Police called in the California Department of Fish and Wildlife to secure the animal and transport it “to a safe and secure location.”

Askar was arrested for possession for sale of heroin and methamphetamine, animal cruelty, and illegal possession of an alligator.

It wasn’t clear where Askar obtained the alligator, which live in the United States in slow-moving rivers, swamps, and marshes from North Carolina around Florida and along the Gulf Coast to the Rio Grande in Texas. They do not live in salt water but can tolerate it for short periods of time.

The alligator’s very distant cousin, the American crocodile, is also not found in California, although they do live in salt water. They prefer much warmer waters than alligators and are naturally found along much of Mexico’s Pacific coast as well as southern Florida.