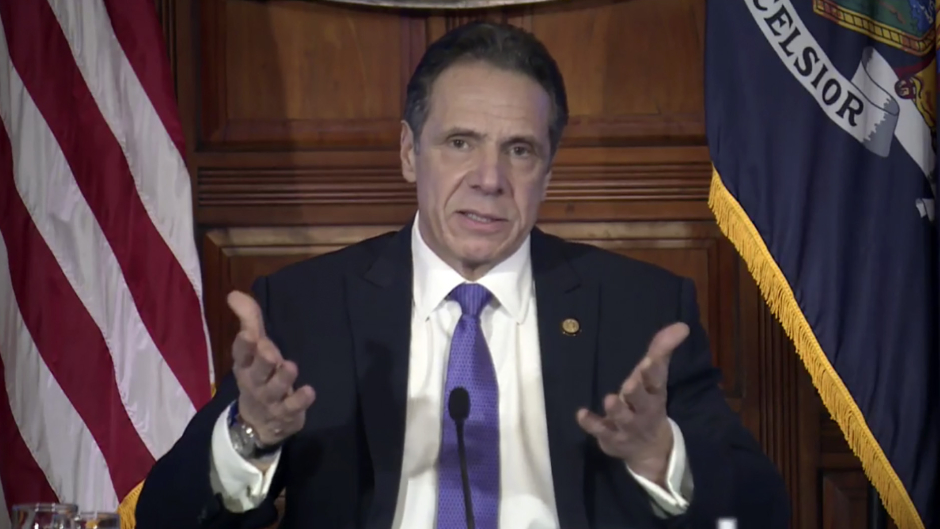 On Monday, a sixth woman came forward to accuse New York Governor Andrew Cuomo of sexual harassment, according to reports.

An official close to the matter told the Times Union that the female aide alleged Cuomo, 63, inappropriately touched at the governor’s mansion last year. As of Tuesday, the accuser has not been publicly identified, but the news outlet reported that the woman was at the mansion at the time for work-related purposes.

An aide reportedly said the governor’s office learned of the sixth accuser’s allegations on Monday. Meanwhile, Cuomo told reporters on Tuesday that he was unaware of the latest round of accusations, according to the news outlet.

Allegations began mounting in late February when Cuomo’s former aide, Lindsey Boylan, detailed her alleged encounters with the governor in a Medium blog post. She wrote that Cuomo, 63, “abused his power” to sexually harass her and other women in the workplace.

Since Boylan’s blog post was published, five more women, including at least three aides, have come forward and accused Cuomo of sexual harassment. Cuomo has denied inappropriately touching anyone but apologized for behaving in a manner that made his female colleagues uncomfortable.

News about the sixth accuser comes a day after Assembly Minority Leader Will Barclay announced plans to have Cuomo impeached. While Barclay said he has drafted a resolution, he and his fellow Republicans cannot make the Democratic-majority Assembly address the measure.

Barclay said on Monday, “If they [state Democrats] really believe in resignation, why not start impeachment?”

[Featured image: Andrew Cuomo/Office of the NY Governor via AP]