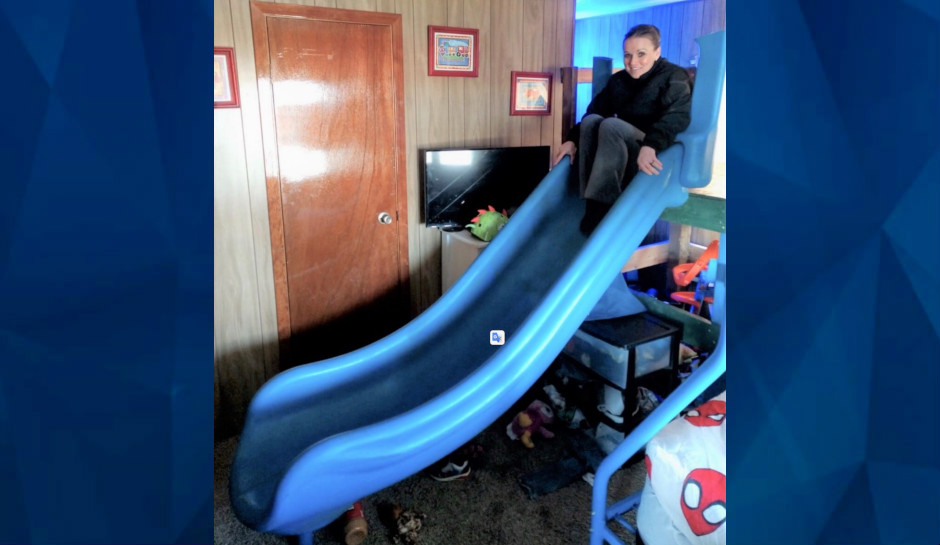 A stolen playground slide turned up in a child’s bedroom several miles away from the park where it had cheered the children of Pasco, Washington, until mid-December, the Pasco Police Department said.

Police said investigators were tracking stolen catalytic converters — parts of a vehicle’s exhaust system that have become a popular target for thieves, who carve up the exhaust system and sell the converters to a scrap metal dealer for the heavy metals inside — when patrol officers spotted a truck matching a description of a suspect vehicle.

Several search warrants later, Detective Julie Lee came upon the 400-pound slide, repainted and mounted on a bunk bed in a mobile home in Burbank.

The slide had been stolen from a city park within Pasco’s Tierra Vida intentional community. Pasco Parks & Recreation retrieved the slide.

Pasco police said some catalytic converters were also recovered, but it’s not clear if they were recovered from Bushnell’s home or if he was involved in the theft of the converters or the slide. No one has been charged with either theft so far, the police department said, but the investigation is ongoing.