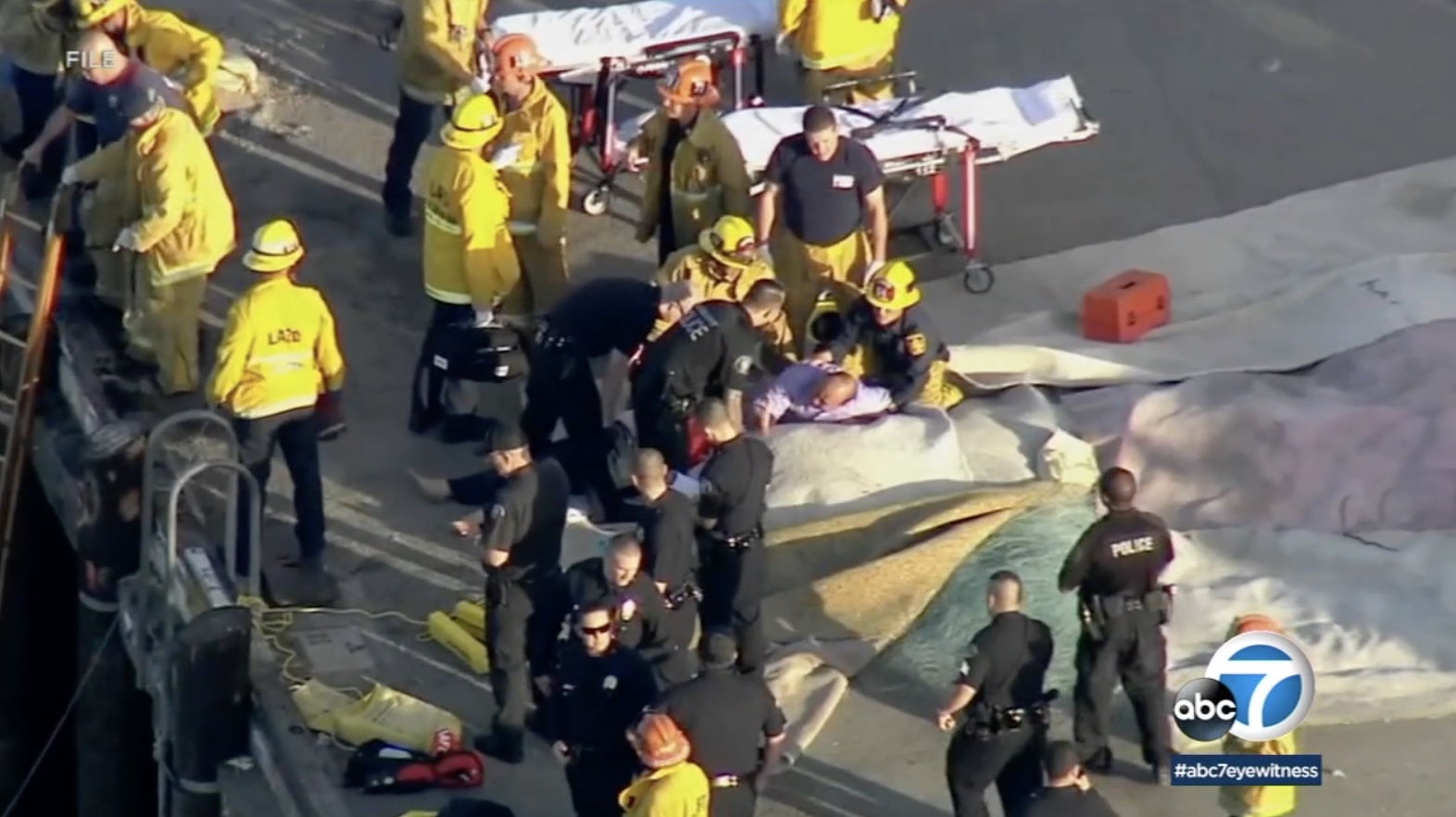 A California man was sentenced to 212 years in prison for defrauding insurance companies with an “evil and diabolical” plot to kill his two severely autistic sons, the Los Angeles Times reports.

Ali F. Elmezayen, 45, drove the family car off a San Pedro wharf in 2015, killing Abdelkarim Elmezayen, 8, and Elhassan Elmezayen, 11, who drowned in the back seat. The boys’ mother, Rabab Diab, managed to get out of the car.

She told jurors she watched Elmezayen climb out a window as soon as the car went under water and swim to safety.

Elmezayen was convicted of more than a dozen charges in federal court in October 2019, including mail and wire fraud, aggravated identity theft, and money laundering. Federal prosecutors lacked the jurisdiction to charge him with murder, but the murders and attempted murder was central to their case.

“Only a truly sick, depraved individual would commit such a crime,” U.S. District Judge John F. Walter said announcing the sentence — the maximum allowed — noting that Elmezayen bought eight life and accidental death insurance policies in 2013 and 2014  — totaling $3.4 million — and waited two years to carry out his scheme.

“In my view, this demonstrates the vicious and callous nature of his crimes,” Walter said.

Elmezayen carried out his plan on April 9, 2015, the Times said, suggesting to Diab that they take the boys to lunch in Inglewood and then to buy fish at a market on the San Pedro wharf. Fishermen on the wharf testified they heard tires screeching and turned in time to see the family’s car fly into the water.

“I saw a car in the air,” Anthony Palazzolo said. The Honda hit the water, “bounced a few times and submerged.”

Witnesses said Elmezayen quickly swam to a ladder on the wharf and climbed. He did nothing to help his children or their mother. Palazzolo said he saw Diab get out of the car, “screaming hysterically, ‘my kids, my kids.'” Another fisherman tossed her a life preserver.

The Times said Elmezayan collected more than $260,000 from his insurance policies and then hid it from Diab. He sent most of it to Egypt, prosecutors said, using it to buy a boat and a large house on the Nile. Walter ordered him to pay the insurance companies $261,751.

The couple’s surviving son, 20-year-old Elhussein Elmezayen — who was away at camp on that fateful day — spoke on behalf of his mother at the sentencing, saying his father left them in “misery and poverty” and spent all his money on his “low-life family” in Egypt.

“We wish my brothers didn’t die for your financial gain,” he said. He also told his father he wants nothing more to do with him. “Don’t call me. Don’t write me,” he said.

Walker also noted Elmezayen’s lawsuit against the city of Los Angeles, in which “he tried to collect more money from the deaths by blaming the city for the loss of his children” The defendant, the judge said, is a “greedy and brutal killer,” ABC7 said.

Elmezayen almost got away with the murders. In 2017, the Los Angeles County District Attorney decided not to prosecute. But federal prosecutors stepped up, and a federal grand jury indicted him on charges of mail and wire fraud, aggravated identity theft and money laundering. He was convicted in 2019, with prosecutors presenting his murder plot as central to the scheme.

The Los Angeles DA’s office reversed court in July 2019, charging him with murder and attempted murder. It’s unclear how the state case will proceed, but a spokesman for District Attorney George Gascon told the Times the office was “evaluating the next step.”