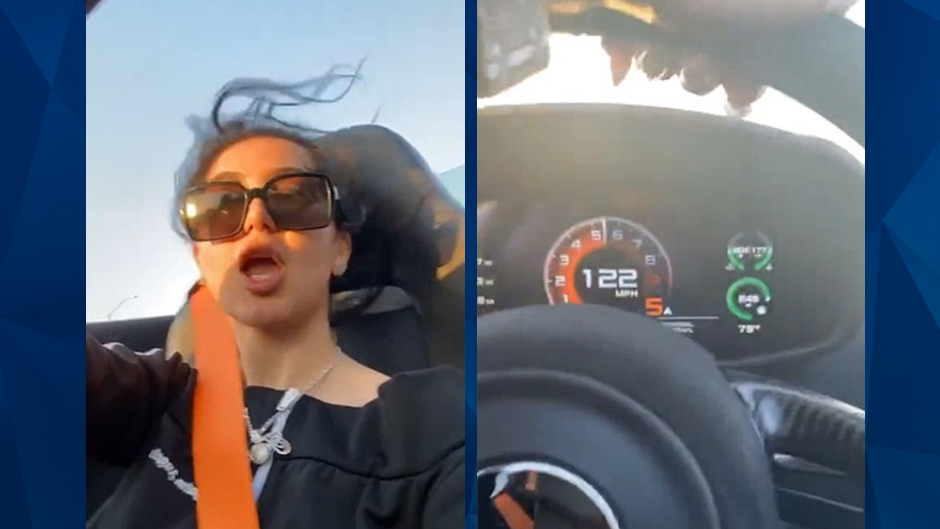 The woman who allegedly assaulted and coughed on a California Uber driver earlier this week reportedly filmed herself driving erratically on a freeway.

TMZ reported that the resurfaced video, that was recorded in June, shows Arna Kimiai, 24, behind the wheel of a McLaren sports car that topped off at 122 miles per hour. Kimiai also appears to be blasting music and playing with her phone as she speeds down the freeway.

“This sh*t is getting too colossal,” she says during the minute-long video.

On March 7, Kimiai and two other women were filmed attacking an Uber driver during a confrontation in San Francisco. At some point, dashcam footage caught Kimiai coughing on the driver before one of the passengers pepper sprays the victim while exiting the vehicle. The women are also accused of snatching his mask off his face, taking his phone, and calling him racial slurs.

One of the women seen in the initial video, Malaysia King, 24 was arrested in Las Vegas on Thursday. She is charged with assault with a caustic chemical, assault and battery, conspiracy, and violation of health and safety code.

According to TMZ, Kimiai’s lawyer said she is planning to turn herself in soon.