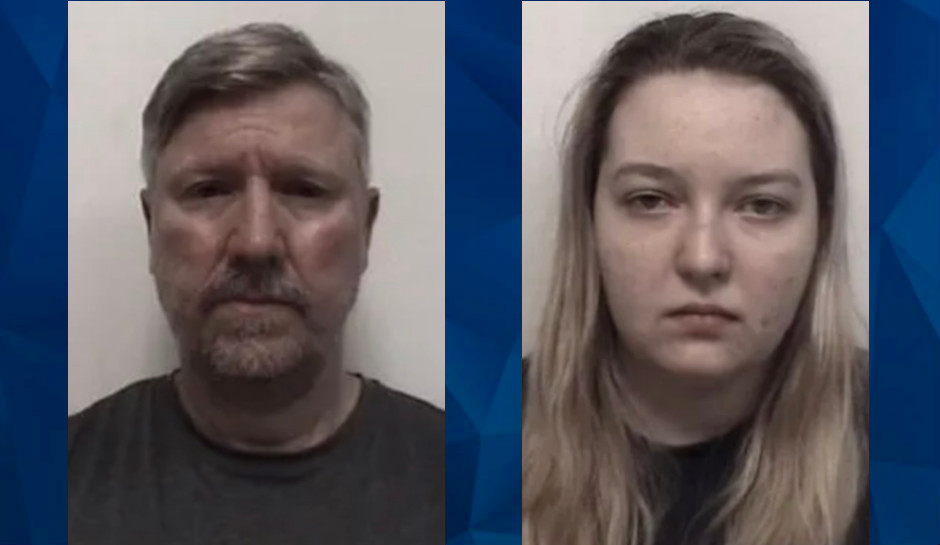 A North Carolina couple is in jail after an Ohio investigation into a sex crime against a 15-year-old led to Davidson County.

Arrest warrants said that Gavin Head, 53, and his wife Taylor Head, 22, sent videos of them having sex to the Ohio teenager, The Dispatch reports.

Sheriff’s deputies began an investigation on Sunday after Ohio authorities contacted them and said that Gavin Head was the suspect in their case, the paper said. Investigators executed a search warrant on the couple’s home on Thursday and turned up evidence relating to the Ohio investigation.

Head and his wife were both arrested and charged with disseminating material harmful to a minor. Additonally, Gavin Head was also charged with probation violation because he is on Davidson County’s sex offender register, stemming from 2018 conviction for sexual exploitation of a minor.

The Heads are being held at the Davidson County Detention Center with court appearances scheduled for April 8. Gavin Head has been given a $510,000 bond and his wife a $500,000 bond.

The sheriff’s office said that further charges are expected for both of the suspects, in North Carolina and in Ohio.

Anyone with information about the investigation should contact Deputy B. Everhart with the Davidson County Sheriff’s Office at (336) 242-2105.