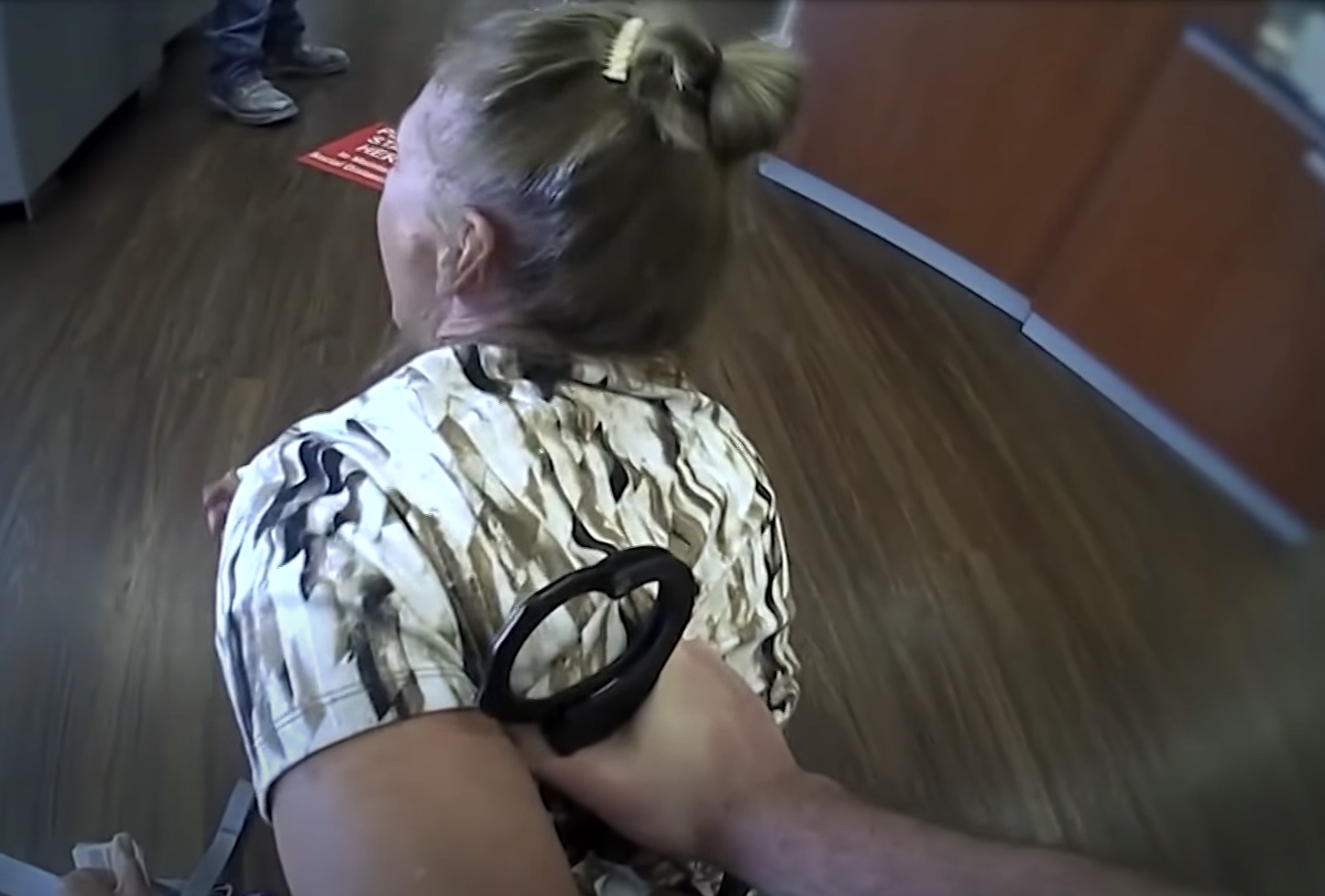 WATCH IT: Galveston cop takes down woman who refuses to ‘wear that diaper on my face’ in bank

A 65-year-old Oregon woman was arrested Thursday in Texas when she refused to wear a facemask inside a Galveston bank, KHOU reports.

Terry Lynn Wright first refused to comply when the Bank of America branch manager asked her to comply with bank rules. Then she argued with a Galveston police officer who arrived and asked her to leave.

“The law says I don’t have to wear a mask,” she told the officer.

Texas Gov Greg Abbott lifted a statewide mandate to wear a mask earlier this week in public, but that decision doesn’t apply to private businesses. The officer tried explaining that, but Wright wasn’t interested.

“What are you gonna do, arrest me?” she said. “That’s hilarious.”

The officer asked Wright to leave several times. “You’ve got issues,” she told him. “Come on, dude.”

When the officer finally pulled out the handcuffs, Wright pulled away.

“This old lady is getting handcuffed here,” she shouted. “I hope someone is filming this.”

The officer, wearing a body camera, calmly told her he was filming.

Wright ignored the officer’s orders to put her hands behind her back and started to walk away. At that point, the cop forced her to the ground.

“Police brutality right here, people,” Wright said, adding that she couldn’t get up and said the officer hurt her foot.

The officer called for an ambulance, which took her to a nearby hospital, where she was treated for minor injuries and released.

On Friday, a warrant was issued for her arrest on charges of criminal trespass and resisting arrest.

Wright spoke with Houston television station ABC13 on Friday, saying she had traveled to Galveston in an RV. She said she is “very opposed” to wearing a facemask and doesn’t “believe in” the coronavirus pandemic, which has now killed more than 532,000 people in the United States, nearly 50,000 of them in Texas.