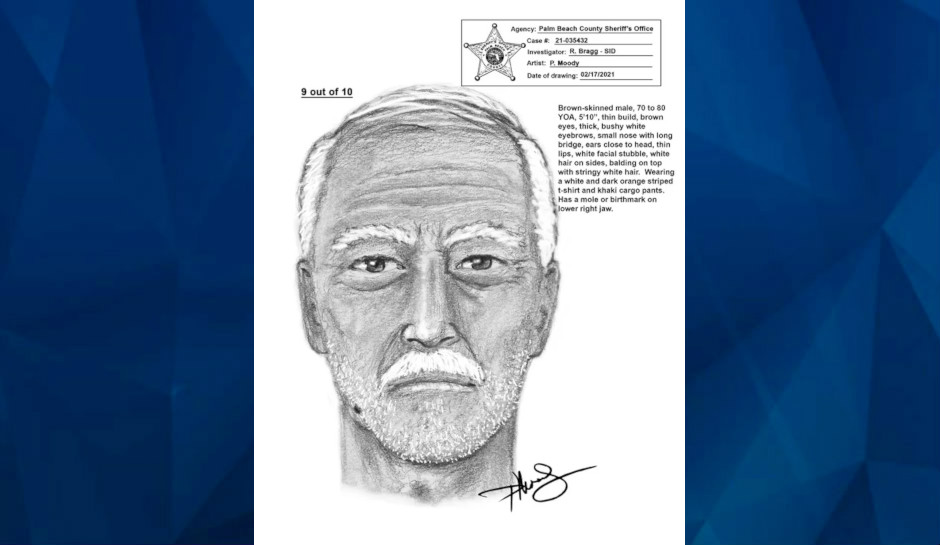 DO YOU KNOW THIS MAN? Florida deputies seek identity of man who allegedly raped 12-year-old girl

Florida sheriff’s deputies are looking to identify a man who allegedly raped a 12-year-old girl Saturday morning in a park in Lake Worth, the Palm Beach Post reports.

The girl accepted a ride from the man at about 3 a.m. Saturday as she was walking along Congress Avenue, according to the Palm Beach County Sheriff’s Office. The man, described as a white or Hispanic man driving an older, gray, four-door sedan, drove to John Prince Park a few blocks away, where he raped her, deputies said.

The sheriff’s office released a sketch of the man, describing him as 60 to 80 years old, balding with white hair and white facial stubble, with a mole or birthmark on his lower jaw. He also had a thin build, brown eyes, thick and bushy white eyebrows, and thin lips.

Anyone who can identify the man or has information about the incident should call Palm Beach County Crime Stoppers at 800-458-TIPS.