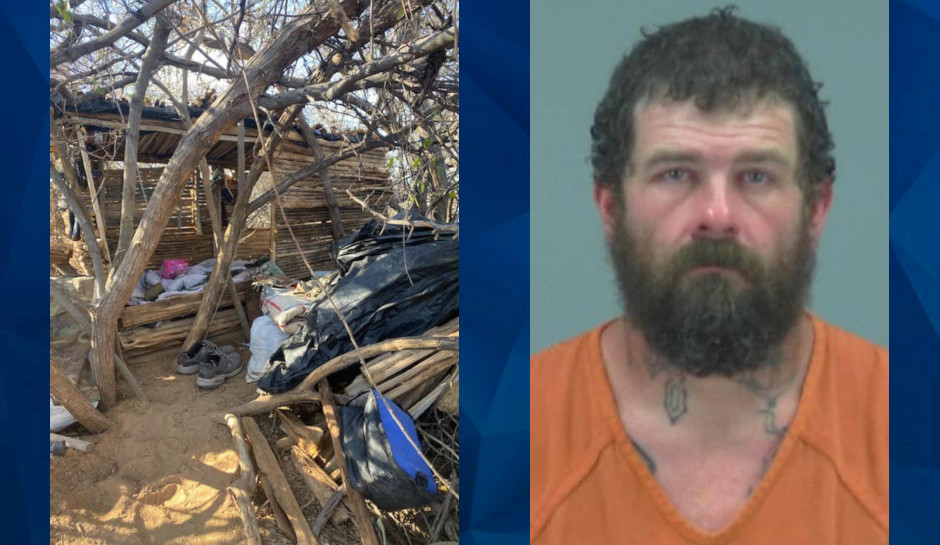 A man accused of sexually abusing a 13-year-old girl hid out in the Arizona desert and lived off fish from a nearby canal and rabbit he caught for 107 days before Pinal County deputies tracked him down and arrested him.

David Whittaker, 42, is a known survivalist, deputies said, who was living in a shack he built east of Interstate 10 near Red Rock, CBS5 reported.

The sheriff’s office said the teen reported the abuse on November 28, 2020, and said it had been ongoing. Whitaker reportedly walked into the Sonoran Desert armed with a handgun as deputies were headed to his home.

State law enforcement assisted with the hunt for Whittaker, the sheriff’s office said, but the search was unsuccessful for weeks, despite surveillance operations.

The Arizona Department of Public Safety got a tip about his possible whereabouts in early March, however, and deputies found him. With an assist from the Border Patrol, authorities surrounded his shack and moved in to arrest him on Monday.

SEX OFFENSE SUSPECT ARRESTED AFTER 107 DAYS LIVING IN THE DESERT

“Law enforcement truly is a team effort,” said Pinal County Sheriff Mark Lamb. “We are hopeful his arrest brings the victim and the victim’s family some peace of mind.”

Wilderness survival expert Tom McElroy said the winter months are the best time of year to try what Whittaker did, although the skills needed can’t be learned overnight.

“This time of year, you’ve got plenty of rain, plenty of springs. All the elements you need for survival,” says McElroy.

Whitaker was arrested on suspicion of sexual abuse, sexual conduct with a minor, and indecent exposure, the Florence Reminder & Blade Tribune said.