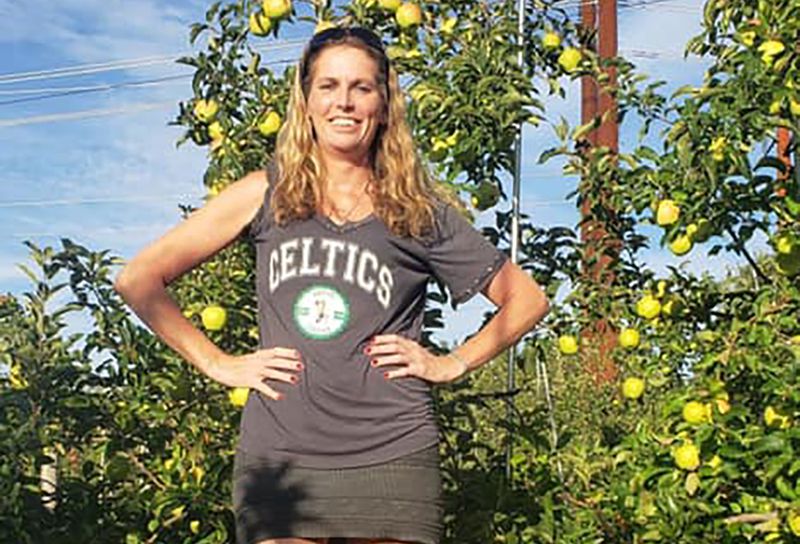 The disappearance of a New England woman has prompted an intensive search by authorities and calls for help from her friends and family, WMUR-TV reports.

Sinéad Lyons, 41, was last seen earlier this month walking with her German Shepherd near the shores of Lake Ossipee in New Hampshire.

She has not been spotted since.

After her family reported her missing last weekend, police found her car, a white Volvo, in a parking lot near the lake. However, investigators have not found any evidence of her since then, nor of her dog, Flossie.

Search efforts thus far have included the use of a drone, a foot search, helicopters and other tactics, according to WMUR-TV.

“New Hampshire Fish and Game put their airboat on the ice and checked the areas of the lake that are open water, as well as used a remote vehicle to check under the ice,” state police Lt. James Fogarty told WMUR-TV.

At present there is no reason to believe foul play is involved.

“We’re asking the public to continue to send in tips,” Fogarty told WMUR-TV. “If they have information that would lead us to the whereabouts of Ms. Lyons, we would appreciate their calls. We have already received several calls, and some of this information has been fruitful.”

Sinéad Lyons is from Lowell, Massachusetts, about 90 miles south of Ossipee Lake, which is a popular vacation area. She is described as 5-foot-11, approximately 150 pounds, with blond hair and blue eyes. She was last seen wearing a white hat, white coat and black knee-high boots, WBZ-TV reports.

Anyone with possible information is urged to call the Lowell Police Department at 978-937-3200.