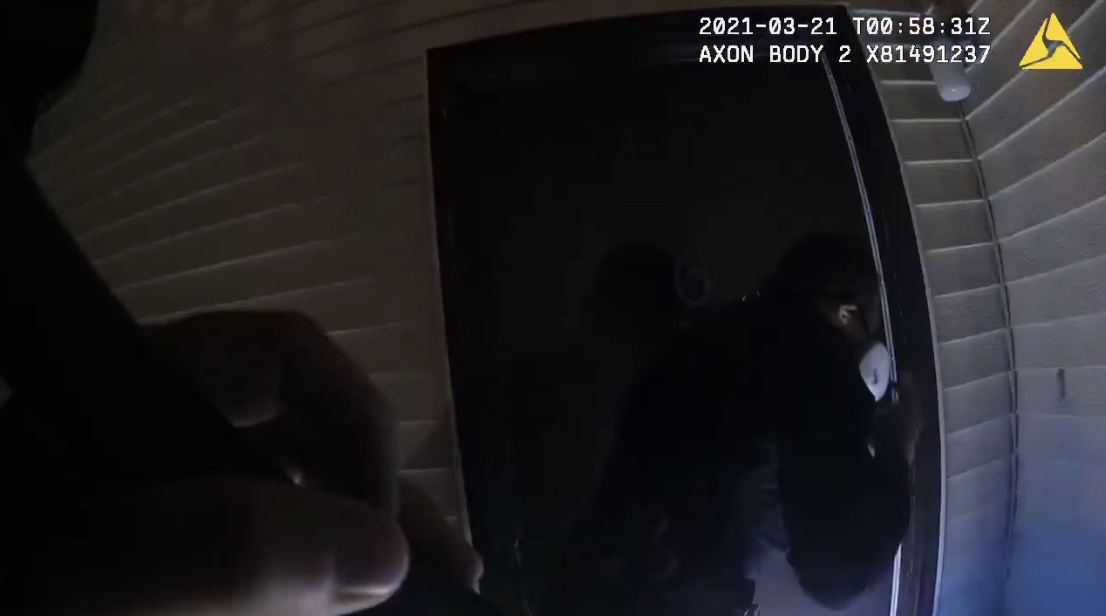 A New Jersey police officers are being hailed as heroes after he spotted flames coming out of a Sicklerville apartment while he were on patrol.

Winslow Township Police Officer Jarel Ferren was seen on another officer’s body camera rushing to the apartment door, pausing to tie on a COVID-type facemask, and dropping low as he opened the door. Inside, he found an elderly woman lying on the floor and dragged her to safety.

Ferren began first aid on the woman until paramedics arrived. She was transported to a nearby hospital, where she was treated for smoke inhalation and burns.

Winslow Township police said that Ferren saw the flames coming from a rear sliding door of the apartment at about 9 p.m. Saturday. Before rushing to the door, he called for an urgent response from the fire department.

Other officers evacuated the other residents from the apartment building, but the township fire department quickly arrived and extinguished the blaze, “keeping it contained to only one apartment,” police said.

The elderly woman’s dog and parrot were also rescued from the apartment.

The Camden County Fire Marshal is investigating the fire.