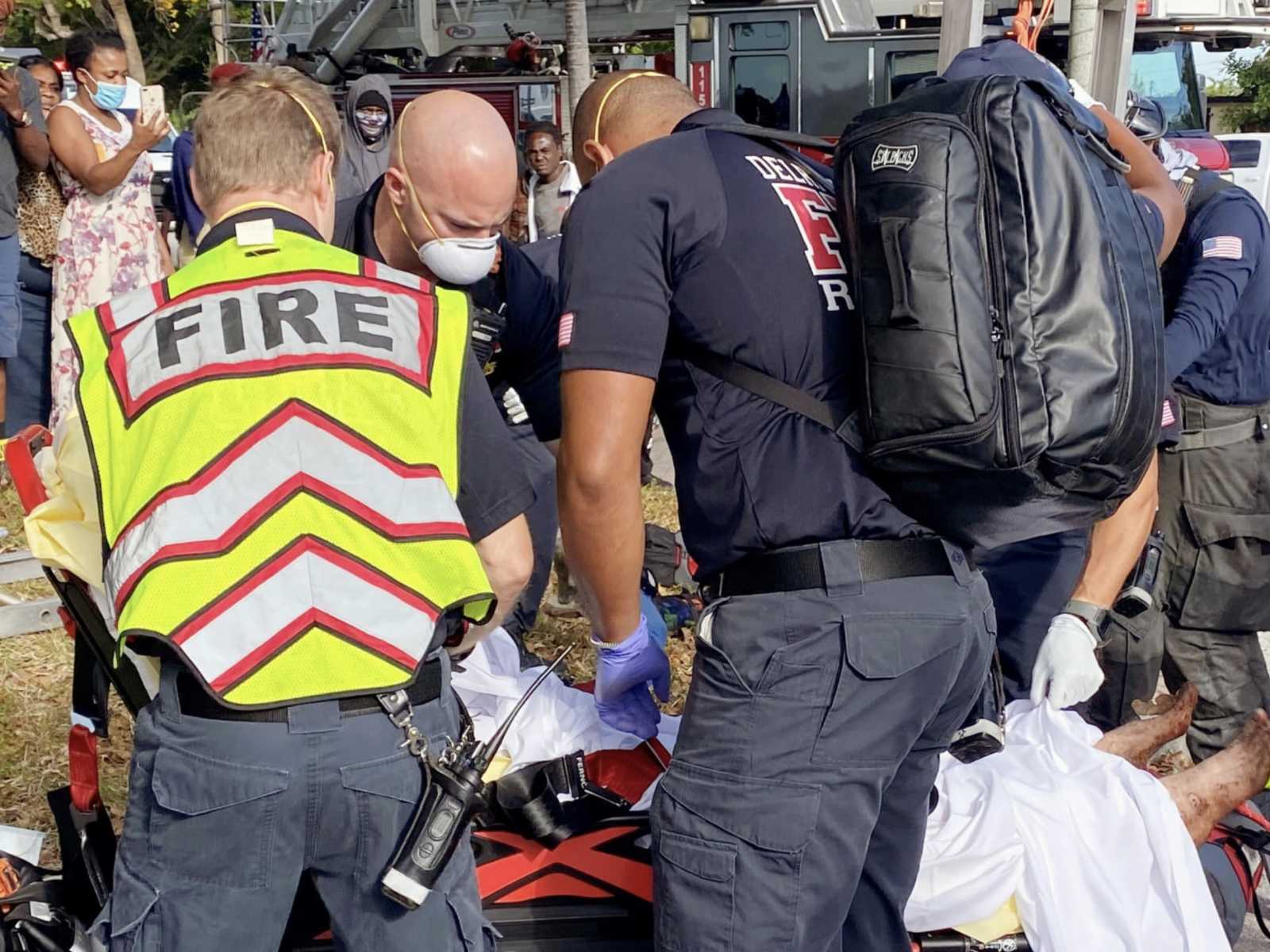 A Florida woman says she went swimming and ended up lost in the sewer system of Delray Beach for nearly three weeks, until a passerby heard her calling for help from a storm drain on Tuesday.

Delray Beach Fire Rescue’s Special Operations Team used a ladder and a harness to lift Lyndsey Kennedy, 43, to safety and took her to a nearby hospital for treatment.

The station reported that Kennedy told police she had gone swimming in a canal near her boyfriend’s house on that day and came across a doorway in a shallow area. She said she entered the doorway and found a tunnel, and then continued exploring the tunnels until she realized she was lost.

On Tuesday, she said, she found the storm drain and saw light. She also said she could see people walking by on the street level and began shouting for help. That’s when the passerby took notice, just before 9 a.m.

“Traffic was rushing by and she was on her phone when she heard somebody screaming. When she looked down in the storm drain, there’s a woman down there,” Delray Beach Fire Rescue spokeswoman Dani Moschella told CBS Miami.

“Our Special Operations team responded and used a ladder and a harness to get the woman out,” said Moschella. “She wasn’t wearing any clothes, she was dirty and disheveled.

Kennedy’s mother reportedly told police that her daughter has a history of doing odd things and making bad decisions, as well as a history of mental illness and use of illegal drugs, CBS12 said.

Police said Kennedy was coherent when she was pulled from the storm drain and has been released from the hospital.