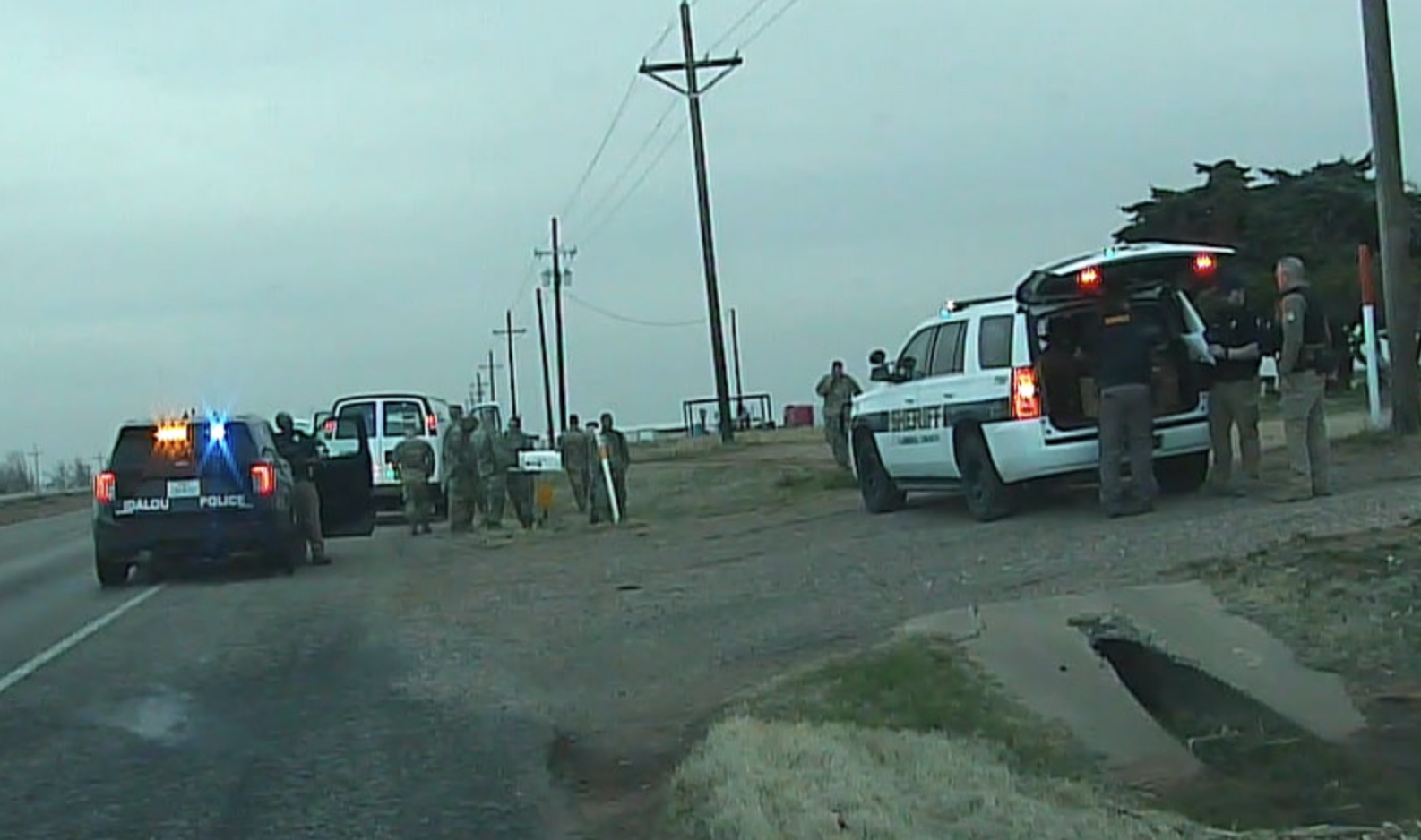 The uniformed National Guardsmen were transporting COVID-19 vaccines from Lubbock, Texas, to Matador when Larry Harris reportedly forced them to stop.

An Arizona man held 11 uniformed and unarmed National Guardsmen at gunpoint on Monday, telling them he was a detective and demanding to search their the three vans they were using to transport COVID-19 vaccines from Lubbock, Texas, to Matador.

Larry Harris told police he believed the people in the vans had kidnapped a woman and child.

The investigation determined that Harris had followed the Guardsmen for several miles and had attempted several times to run them off the road before finally forcing them to stop about two miles east of Idalou. He pointed his weapon at one of the Guardsmen, identified himself as a police detective, demanded to search the vehicles, and ordered the other Guardsmen out of the vans.

“Mr. Harris appeared to be mentally disturbed,” Idalou Police Chief Eric Williams said. “This was a very dangerous situation since the suspect was standing in the midst of the unarmed Guardsman with a loaded weapon when the Idalou Officers arrived on scene. We are grateful that the officers were able to take him into custody without any of the Guardsmen, the officers or the suspect getting hurt.”

Harris was charged with aggravated assault with a deadly weapon, unlawful restraint of 11 National Guard Soldiers, unlawful carrying of a weapon, impersonating a Public Servant, and interference with Texas Military Forces.

Idalou police said that Homeland Security Investigations was assisting with the investigation.