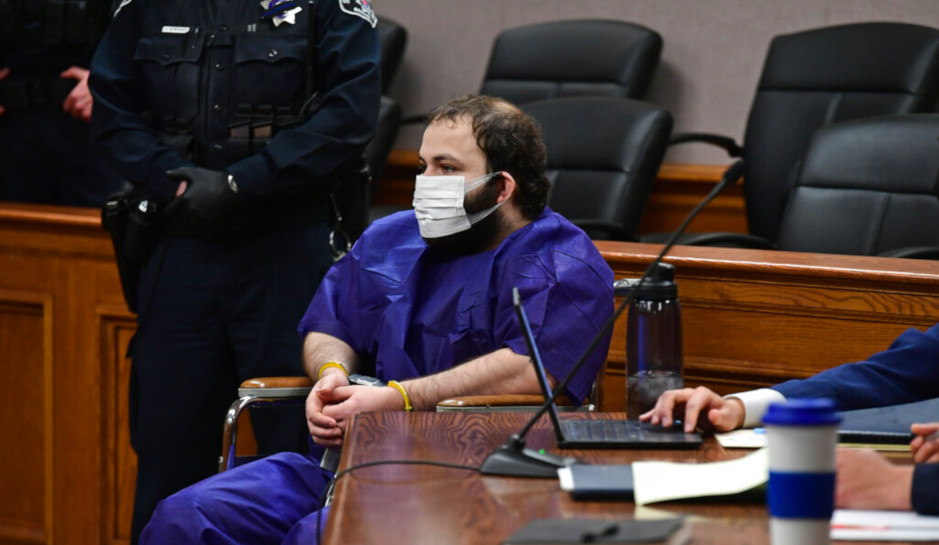 The man accused of killing 10 people at a Colorado supermarket earlier this week has been moved from the Boulder County Jail because of “safety concerns and threats.”

The victim in the attempted murder charge was named as Boulder Police Officer Richard Steidell.

Boulder County officials would not say where Alissa had been moved, except to say he was taken to another county.

“The suspect remains under our custody; however, he is being house at another correctional facility outside of Boulder County due to safety concerns and threats that our jail staff became aware of,” Boulder County sheriff’s spokeswoman Carrie Haverfield said.

Alissa is accused of opening fire at a King Soopers store on Monday afternoon. Ten people were killed, including Boulder Police Officer Eric Talley, who was the first on the scene. Boulder Police said in a tweet on Thursday that Alissa was taken into custody with Talley’s handcuffs.

The suspect had a through-and-through gunshot wound to his leg, and another officer is on administrative leave while that shooting is investigated.

At Thursday’s hearing, Alissa’s defense attorney Kathryn Herold asked for time to assess “the nature and depth” of her client’s “mental illness” to determine if he can assist in his own defense. Prosecutors did not object, and Boulder District Judge Thomas Mulvahill told the attorneys to work with Chief Boulder Judge Ingrid Bakke, who will ultimately handle the case, to set a date for a status hearing within 90 days.

Read more on the shooting on CrimeOnline.