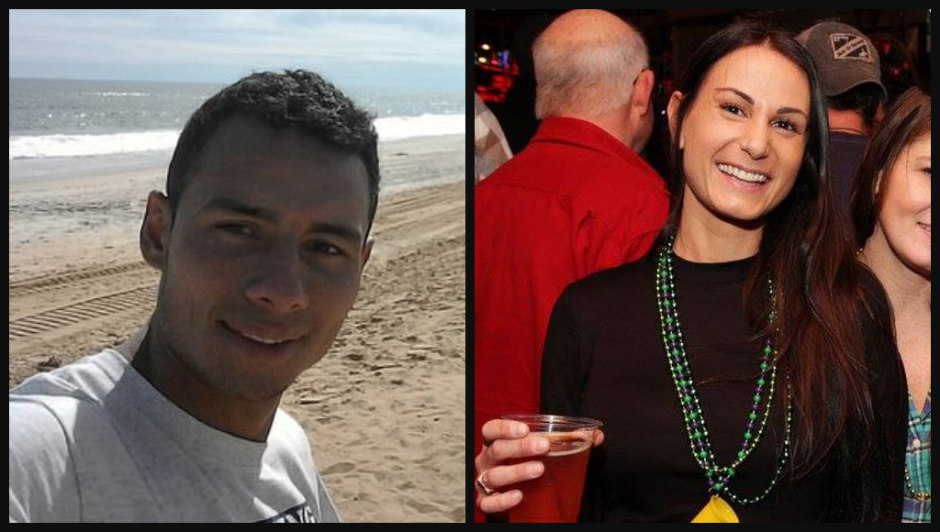 Former staff worker for billionaire kills bicyclist while driving under the influence of cocaine, alcohol

A New York woman has pleaded guilty to killing a bicyclist after evidence showed she was speeding, drunk, and had cocaine in her system, the East Hampton Star reports.

Lisa Rooney, 32, (pictured right) faces up to 25 years in prison in connection with the death of 28-year-old John James Usma-Quintero (pictured left).

On October 30, 2019, Rooney was driving after leaving a bar in Montauk, New York, when she swerved her pickup truck onto the road’s shoulder, struck a guardrail, and hit Usma-Quintero, who was bicycling home after working at a local 7-Eleven.

Rooney told investigators that an oncoming car was approaching and that she swerved to avoid it, but the truck’s “black box” revealed that she had been driving 85 miles per hour where the speed limit is 45 miles per hour, according to the newspaper.

Tests showed that her blood-alcohol level was twice the legal limit. She also had trace amounts of cocaine in her system, multiple bags of cocaine were found in the vehicle.

“I don’t know what happened, I swerved to avoid a car who was in the middle of the road and I hit the guardrail … I didn’t see the bicycle, is he okay?” Rooney told police shortly after the incident, according to MailOnline.

Medics rushed Usma-Quintero to an area hospital, where he was pronounced dead.

Rooney, who owns a clothing store in Montauk called Girltauk, was initially released on $1,000 bail, even though prosecutors had requested bail at $50,000. She was also ordered to participate in an alcohol rehabilitation program, and a grand jury later issued an 11-count indictment against her.

On Friday, Rooney pleaded guilty to vehicular homicide, felony manslaughter, criminal possession of a controlled substance, and two misdemeanor charges of aggravated driving while intoxicated, according to the newspaper.

Usma-Quintero had been working at the convenience store for about four months and sent his earnings back home to Columbia for his family, including his two daughters, who were 8 and 15 years old at the time.

Rooney for a time was a house worker for billionaire banker Ron Perelman, who has a large estate in East Hampton, according to the New York Post. She was subsequently fired and prohibited from the estate after the crash.

Rooney remains free but is scheduled to be sentenced on June 18. She faces a prison term between 8 years and fours and 25 years in prison.