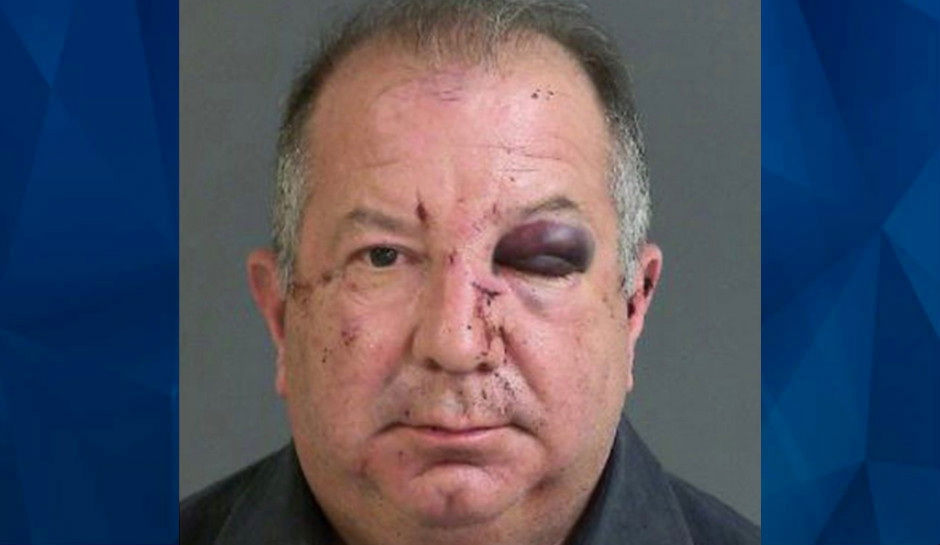 The former county solicitor was suspended from practicing law for nine months in 2012 for punching a Utah state trooper.

A Charleston area attorney and former prosecutor was arrested earlier this month and charged with assault and battery of his girlfriend at a bowling alley.

But 58-year-old P. Michael Dupree didn’t get that shiner he’s sporting in his mug shot during his arrest: He got it when an unknown woman came to his girlfriend’s defense and punched him the face, WCSC reports.

And it’s not the first time Dupree’s temper has gotten the best of him. The South Carolina Supreme Court suspended him from practicing law for nine months in 2012 after he punched a Utah state trooper while he was on vacation.

Witnesses told officers that Dupree entered Ashley Lanes on March 19, walked up to a woman who was later identified as his girlfriend, and started arguing with her. According to the witnesses, Dupree got behind her, putting her in a choke hold, and was pulling her hair.

And that’s when the unidentified woman rushed over and clocked him, sending Dupree to the floor with a handful of the victim’s hair still in his hand, the witnesses said. Police located the victim, who corroborated the witnesses’ story.

Officers found Dupree on the floor, and paramedics transported him to Roper St Francis hospital. He was arrested while still at the hospital.

Dupree was released the day after the incident on a $1,087 bond with a court date of May 5.

As for the Utah trooper incident, the state Supreme Court’s ruling says that Dupree was a passenger in a vehicle that was pulled over by a trooper on March 22, 2012. The trooper asked the driver for his license, registration, and proof of insurance and then asked how much he had been drinking. Dupree “repeatedly interrupted and told the driver not to answer the trooper’s questions,” telling the trooper he was a lawyer.

The trooper called for backup, and, after they arrived, asked the driver to get out of the vehicle. And that’s when Dupree, “who was obviously intoxicated, became belligerent, repeatedly used profanity, and refused to cooperate with the troopers’ requests to calm down.”

He was charged with two counts of assault on the police officer, disorderly conduct, resisting arrest, and public intoxication. He later pleaded guilty to several misdemeanors related to the case and was sentenced to 180 days on each charge. The sentences were stayed and he was placed on probation for six months provided he maintain good behavior, pay a fine, and make a donation to the Utah Worker’s Compensation Fund, complete substance abuse treatment, sent letters of apology to two of the troopers, and serve a day in jail.

The court temporarily suspended Dupree from practicing law in April 2012, and in early 2013 made the suspension nine months, retroactive to the April date.

Dupree was a Charleston County solicitor for 14 years before beginning his private practice in 2003.