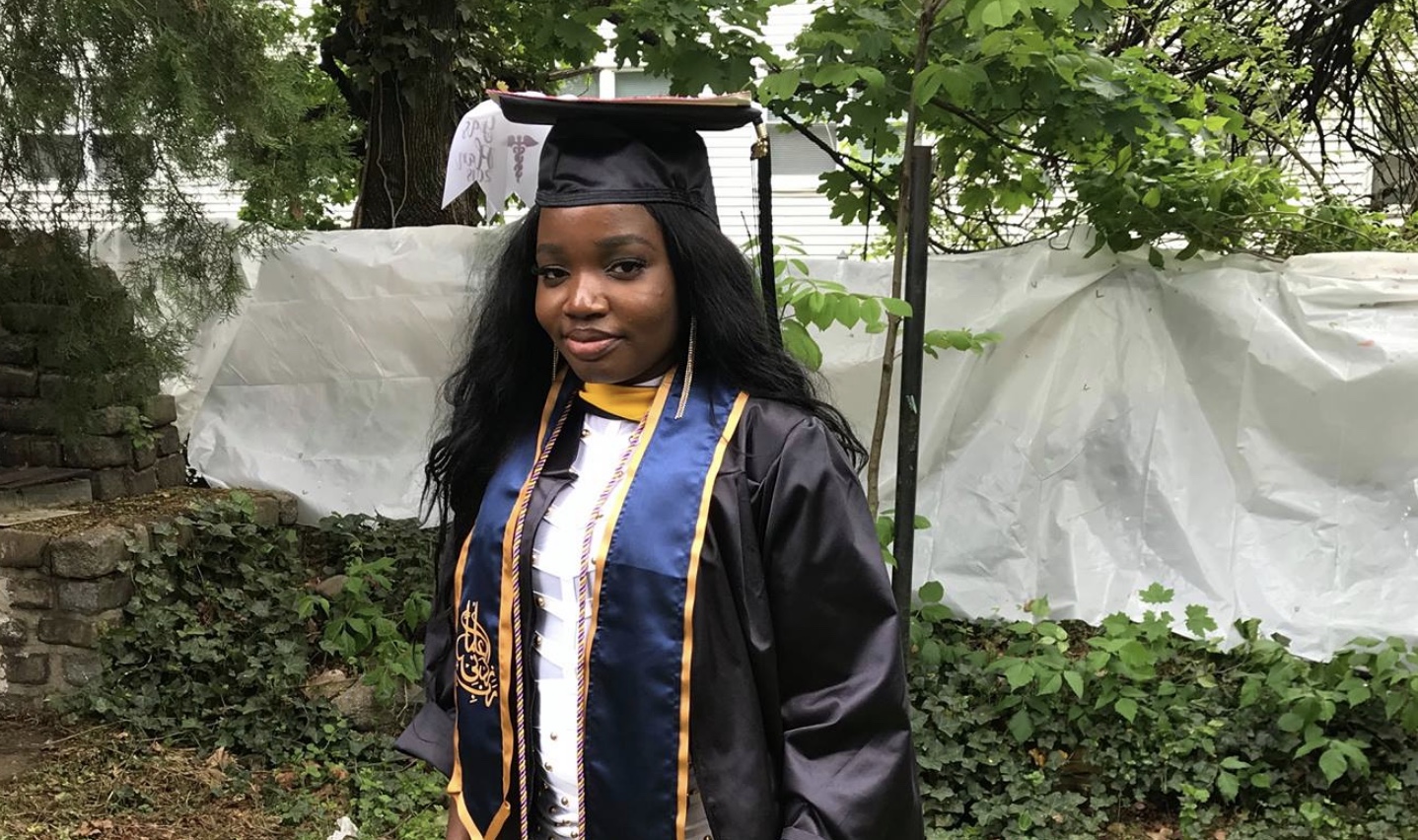 A 24-year-old former beauty queen working toward a Ph.D. was shot and killed earlier this month while sitting in her car just outside her home.

Najeebat Sule had just arrived home at about 6 p.m. on March 12 and was still in her car when someone ran up and shot her multiple times, 6 ABC reports.

Her father, Adewale Sule, heard the gunshots and ran outside, then chased after a suspect.

“This is the guy that shot my daughter. I tried to pursue him,” he recalled.

But when the man turned back towards him, Sule said, backed off. “I said, ‘OK, don’t let me lose my life,'” he told the station.

He ran back to his daughter and called 911. She was rushed to Jefferson Torresdale Hospital, where she was pronounced dead just 30 minutes after the shooting.

Friends and family say they have no idea who would want to kill her.

Najeebat Sule graduated from West Chester University and earned her Master’s, then returned to work toward a Ph.D. And in 2019, she was named the 2nd Runner-up in the Miss Nigeria contest.

“Sickle cell was her platform. Yeah, she talked about that,” her sister said. “She was very talented, smart, and funny.”

Police say they have no suspects or motive.