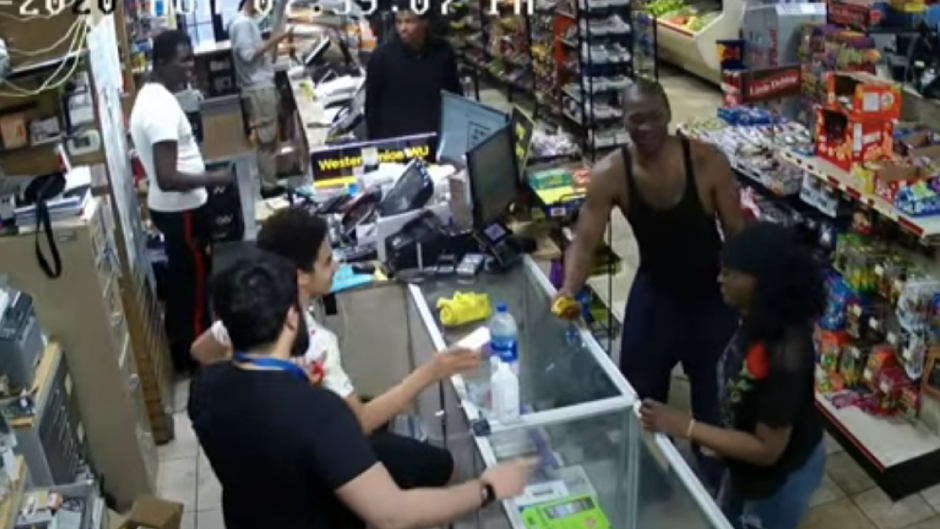 On Wednesday, the court was shown surveillance footage from the Minnesota supermarket George Floyd patronized just before his arrest and death.

Surveillance footage appears to show Floyd dancing and stretching as he allegedly purchased cigarettes from Cup Foods with a counterfeit $20. Store clerk Christopher Martin, 19, who reportedly accepted the bill, testified that Floyd did “seem high” on that fateful day, but he also described his past interactions with Floyd as “pleasant.”

Martin said the $20 Floyd provided appeared fake as it had a blue pigment similar to a $100 bill. However, Martin said he was not provided training on how to detect counterfeit money. The teen also testified that the $20 would be docked from his paycheck if the bill was fake — something he claimed he agreed to, but his manager still ordered him to go outside and confront Floyd.

According to the Star Tribune, Martin said spoke to Floyd twice about the issue outside. When Floyd reportedly refused to go back into Cup Foods to speak to the manager, another employee called the police.

Minneapolis police officers responded to the 911 call and were filmed arresting Floyd outside the store after pulling him from his car and handcuffing him. Chauvin was seen forcing his knee on Floyd’s neck for more than eight minutes. Floyd was heard gasping for air and saying he could not breathe before he lost consciousness and died.

As CrimeOnline previously reported, Hennepin County’s autopsy report stated that there was no evidence “to support a diagnosis of traumatic asphyxia or strangulation.” But an independent autopsy asserted that sustained forceful pressure on Floyd’s neck and back led to his death. Both reports mentioned drugs in Floyd’s system but concluded his death was a homicide.

Jurors essentially will decide whether Chauvin is culpable for Floyd’s death. The defense has argued that a “speedball” — an opioid and a stimulant combination — which, along with hypertension, led to Floyd dying from cardiac arrhythmia. However, the prosecution said video evidence disproves Floyd was dying from a drug overdose, and that Chauvin’s knee on his neck on Floyd’s neck for several minutes killed him.